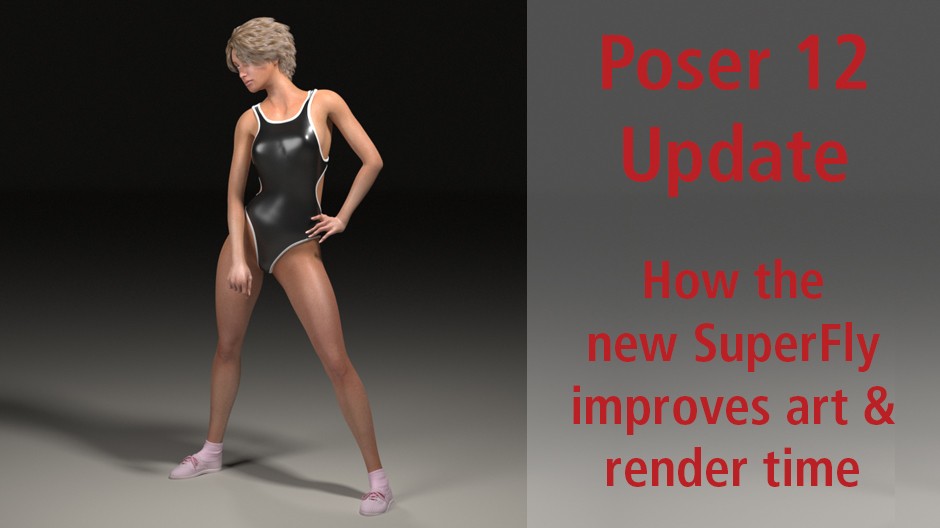 With Poser 12, the legendary software pulls ahead of the competition with a new version of SuperFly, which is based on the most up-to-date of the version of Blender's Cycles render engine.

The new SuperFly and Poser 12 will be available to "Early Access" users on Monday, Nov. 2, when the Windows version is released. Early Access users can purchase and use Poser 12 prior to the release of Poser 12 for Mac. Just like with early access to video games, "Early Access" customers will receive upgrade notifications, possibly weekly, until features are finalized for the release of Mac version in early December.

Poser 12 for Windows will be available on the PoserSoftware.com and Renderosity.com.

Introduced into Poser with SuperFly, Cycles is Blender's physically-based path-tracing render engine. It is designed to provide physically based results out-of-the-box, with artistic control and flexible shading nodes for realistic results in a shorter render time.

Cycles improves render time and results by permitting GPU rendering, which makes it possible to use your graphics card for rendering, instead of the CPU. This speeds up rendering because modern GPUs are designed to do massive amounts of number crunching.

Another bonus is that Cycles doesn't restrict users to one type of GPU. Cycles supports GPU rendering with three GPU rendering modes: CUDA, which is the preferred method for older Nvidia graphics cards; OptiX, which utilizes the hardware ray-tracing capabilities of Nvidia's Turing architecture & Ampere architecture; and OpenCL, which supports rendering on AMD graphics cards. This means multiple GPUs are also supported, unlike Iray that only functions with Nvidia hardware.

In addition to supporting more GPU hardware, Cycles can cut render times down from hours to minutes. In a recent performance test, Poser 12 rendered the image below in 27 minutes using only the CPU. But when using Nvidia's RTX 2070 GPU with OptiX and Adaptive Sampling the render time was only 42.1 seconds. 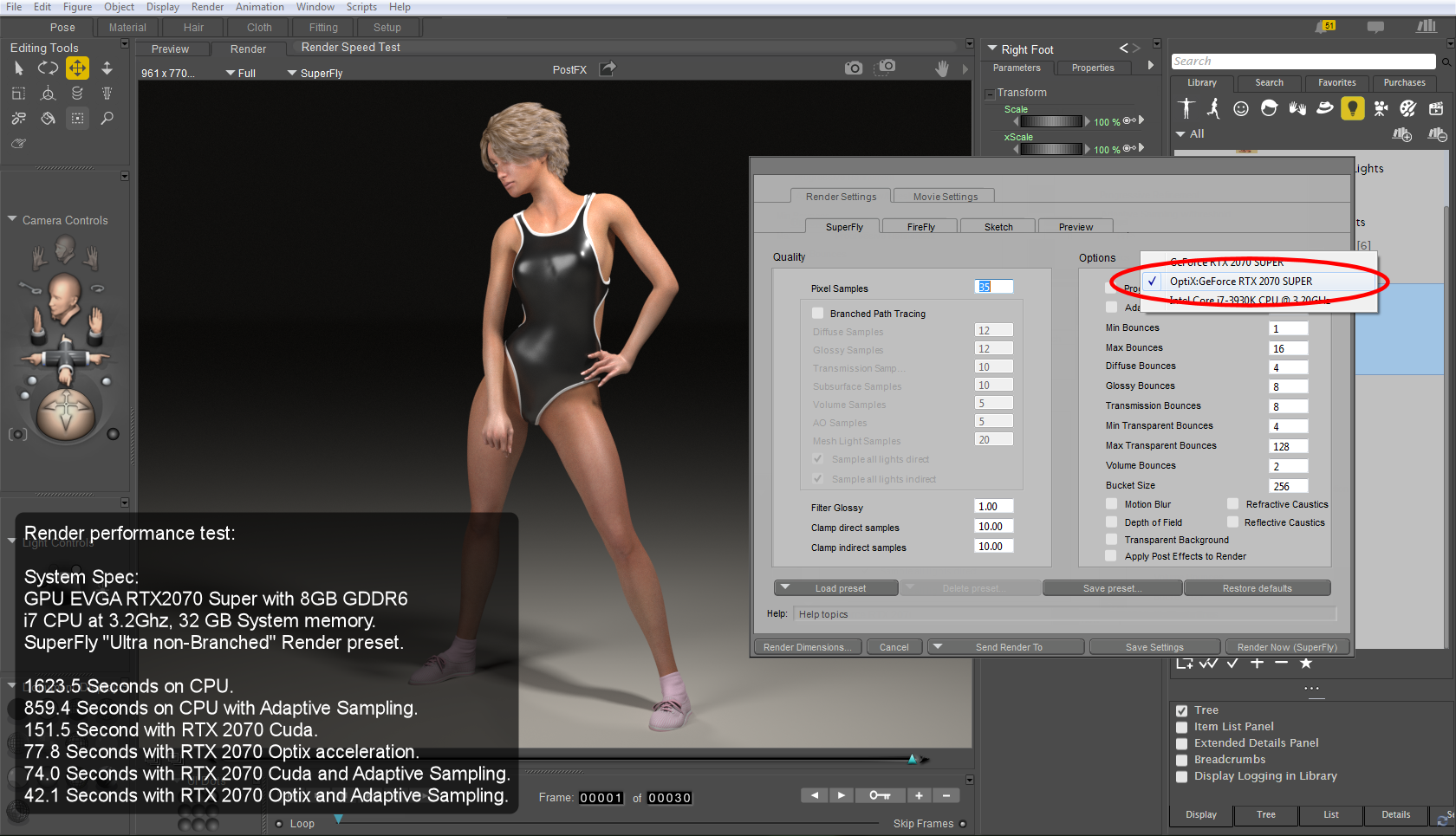 How was SuperFly improved?

Based on Blender's Cycles 1.12 render engine, SuperFly brings the power of physically based shading and rendering to Poser. Accurately rendering light the way it behaves in the real world makes it easier to produce hyper-realistic renders.

Existing Poser users can choose to use the same familiar materials as for FireFly, or take full advantage of the SuperFly material system, by building Cycles or physically based shaders. The original implementation of SuperFly didn't include shadow catching and background transparency. These important features have been added to the new SuperFly. 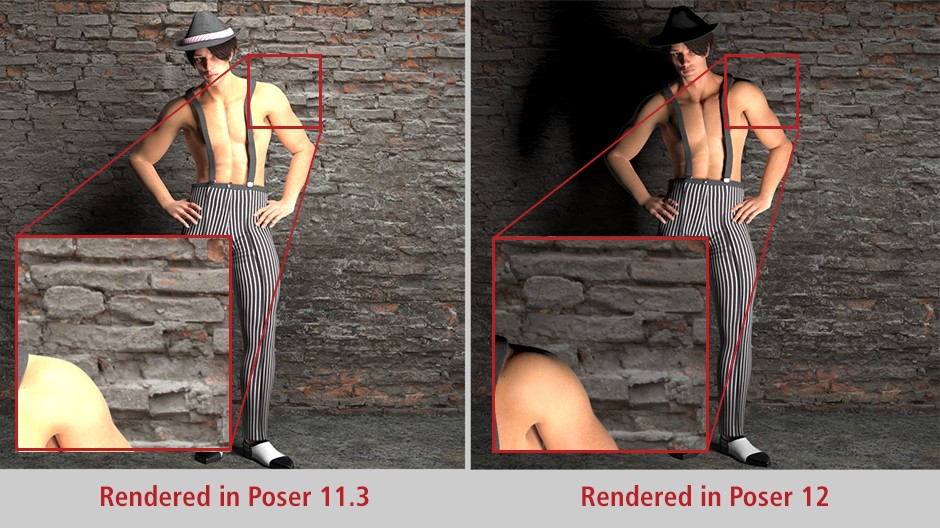 SuperFly allows for GPU-assisted rendering, which creates faster renders. With three GPU rendering modes, users will be able to harness the power of their hardware regardless of type when using SuperFly. This means users can tap into their inspiration to create more art, faster with more realism and better results.

The updates to SuperFly include support for OptiX hardware-based raytracing, which can produce even more significant performance gains in render speed with Nvidia hardware.

Another part of the improved SuperFly implementation of Cycles is Adaptive Sampling. This feature automatically adjusts the render sampling based on image noise. This allows the render to automatically focus on noisy areas that need more rendering samples.

Check your inbox on Nov. 2 for more about how to purchase an Early Access version of Poser 12.