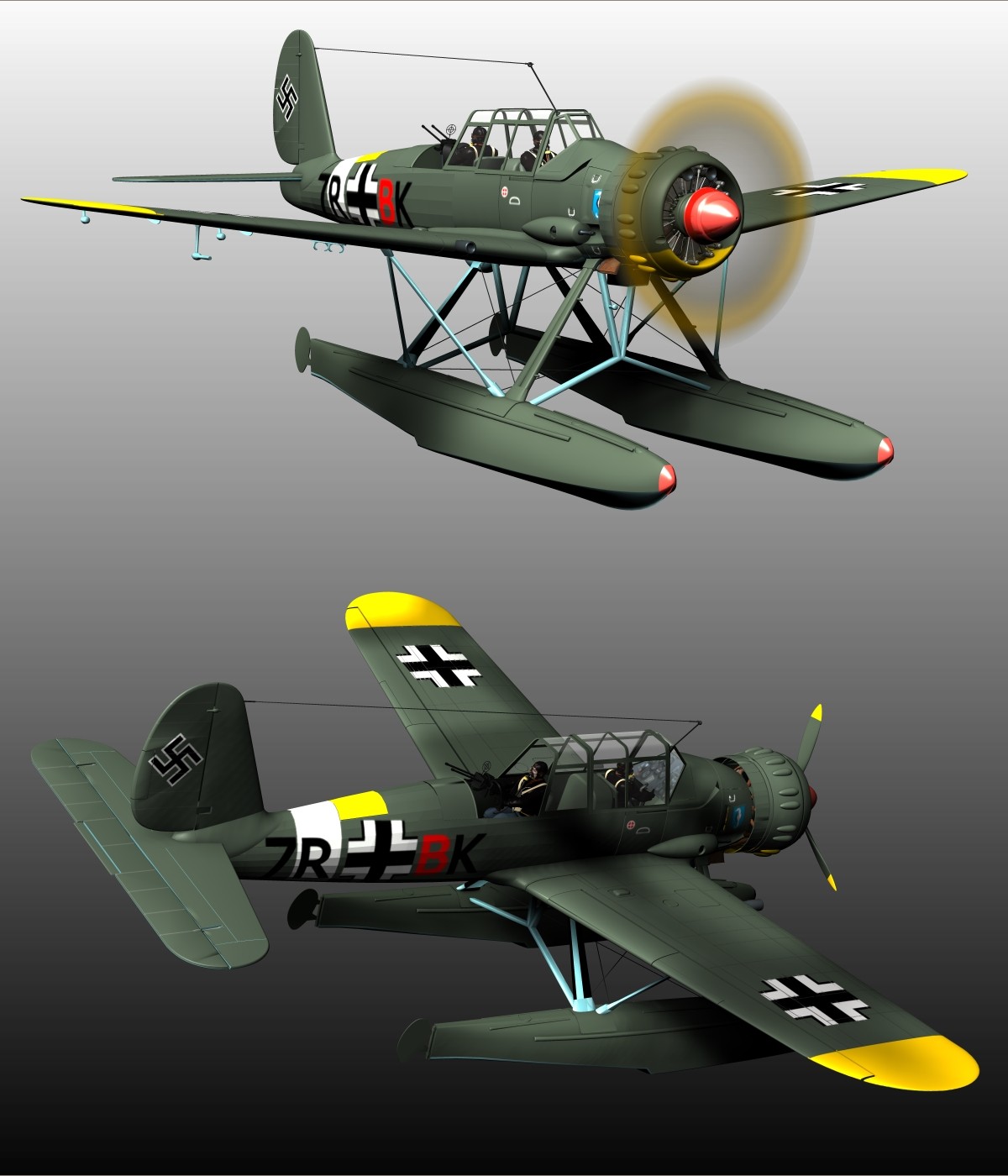 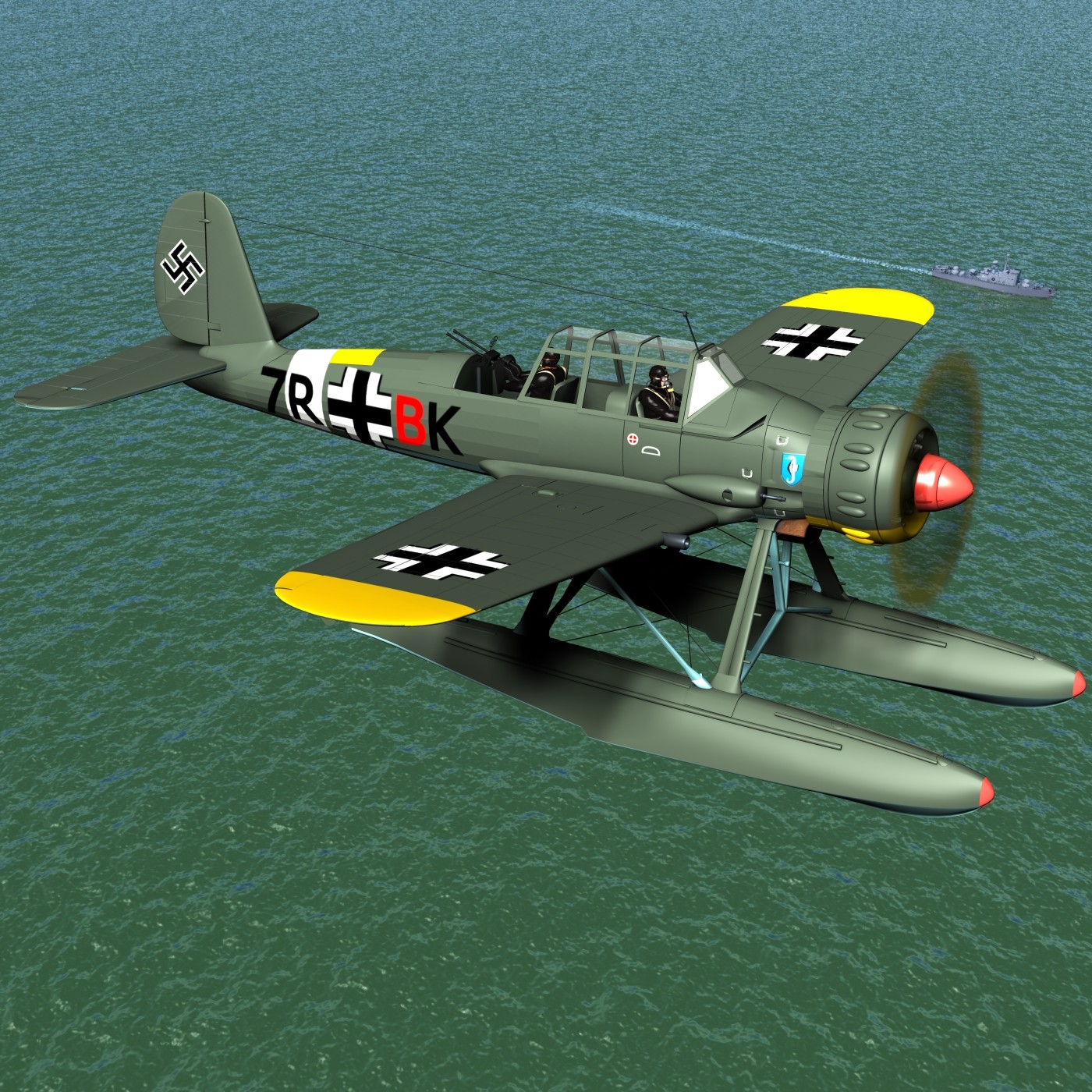 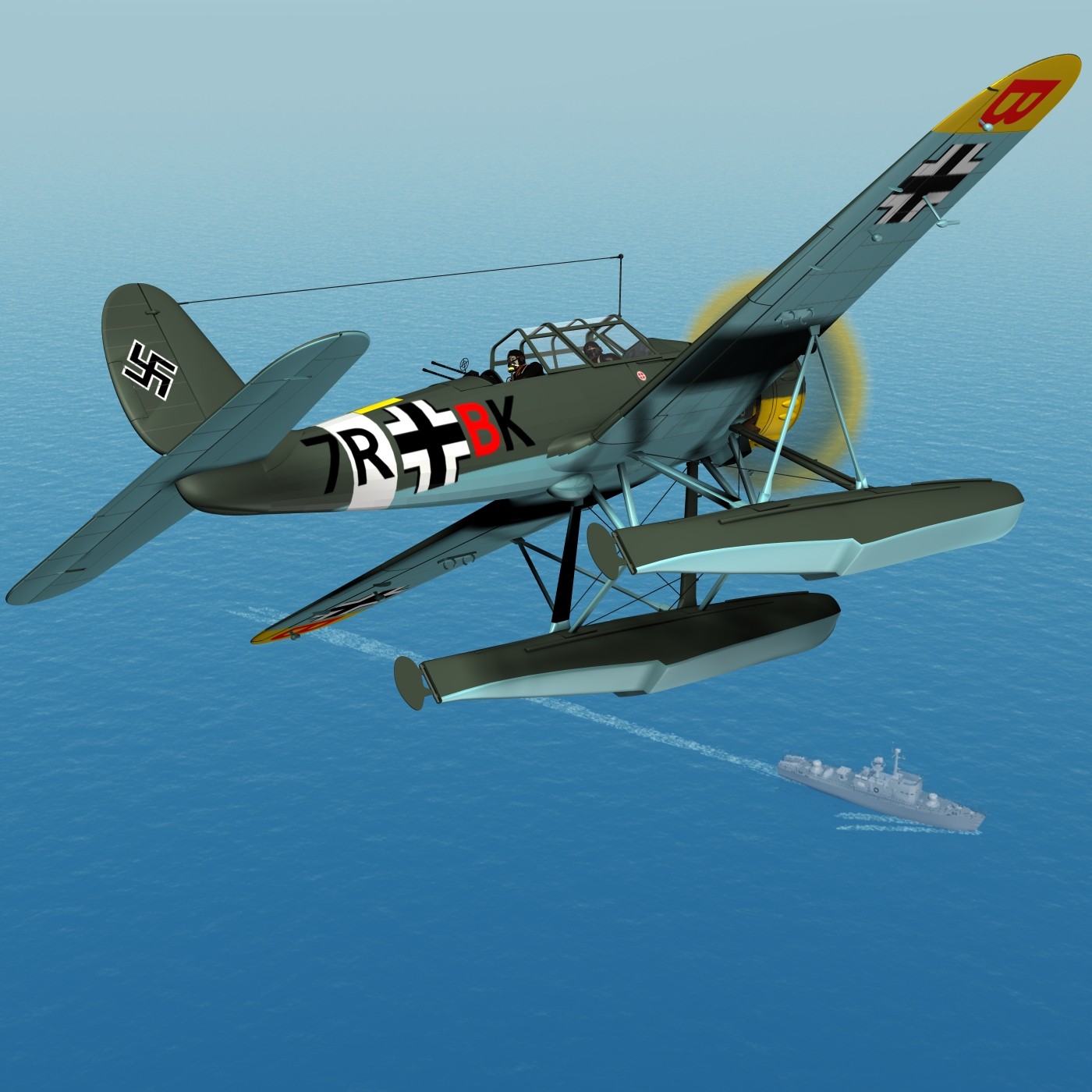 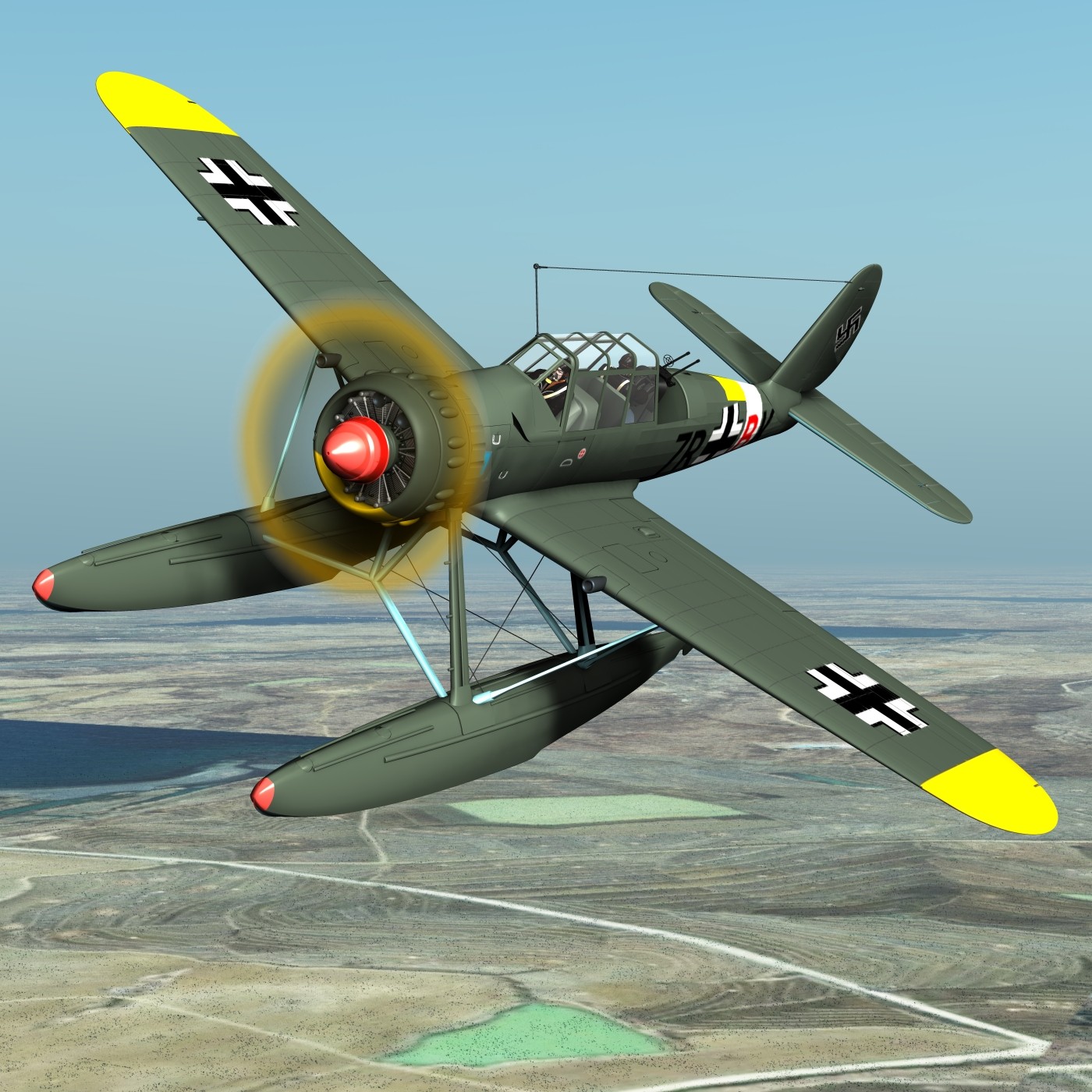 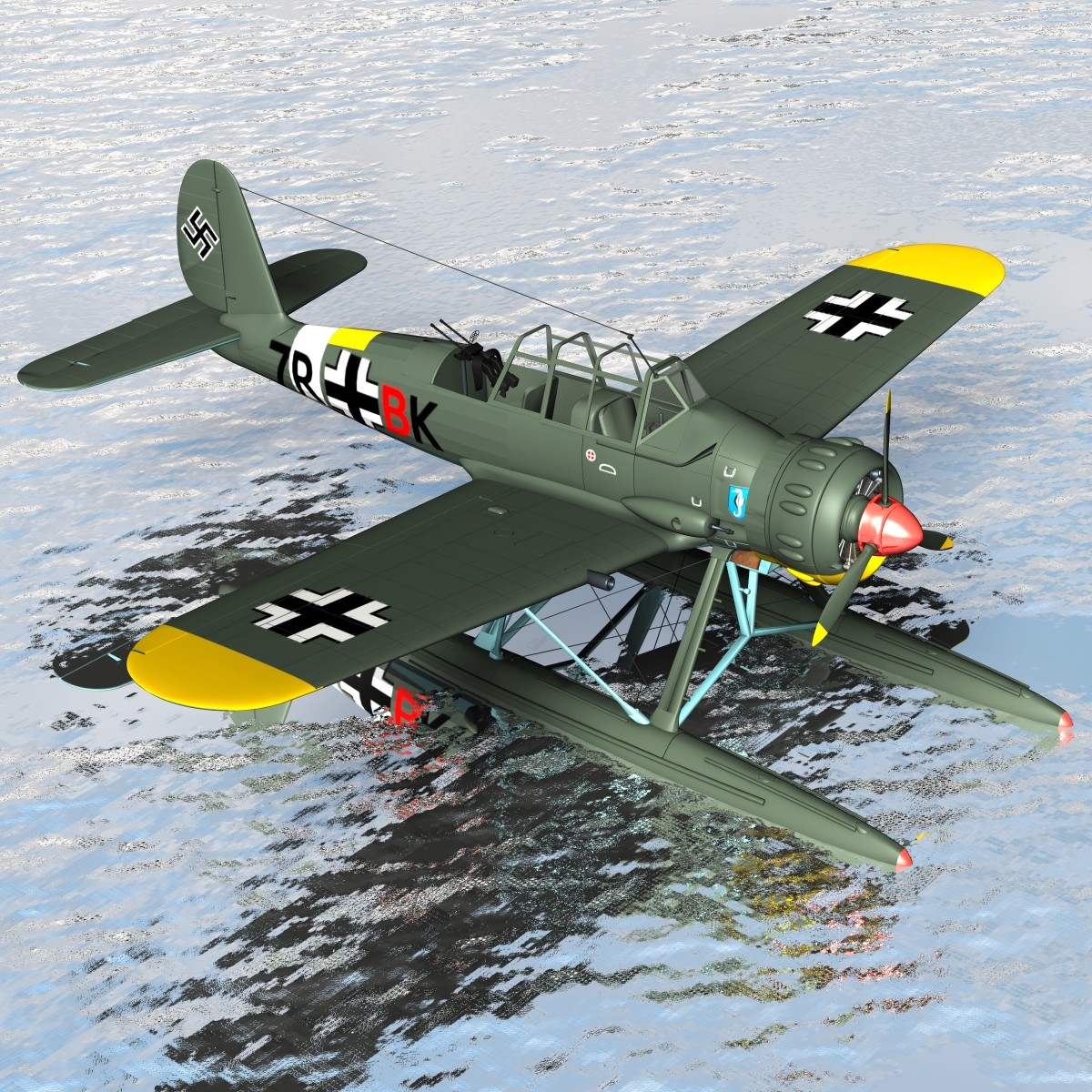 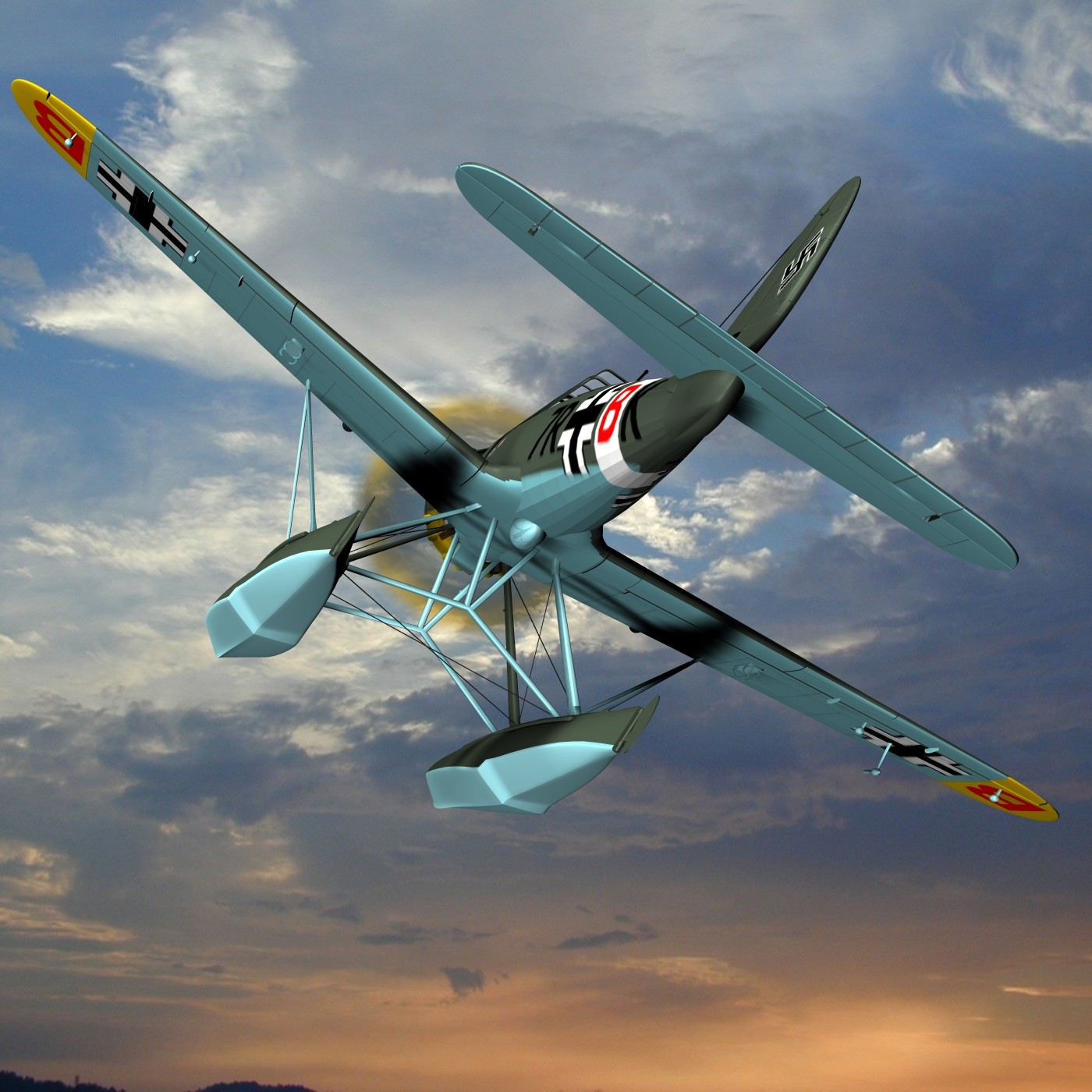 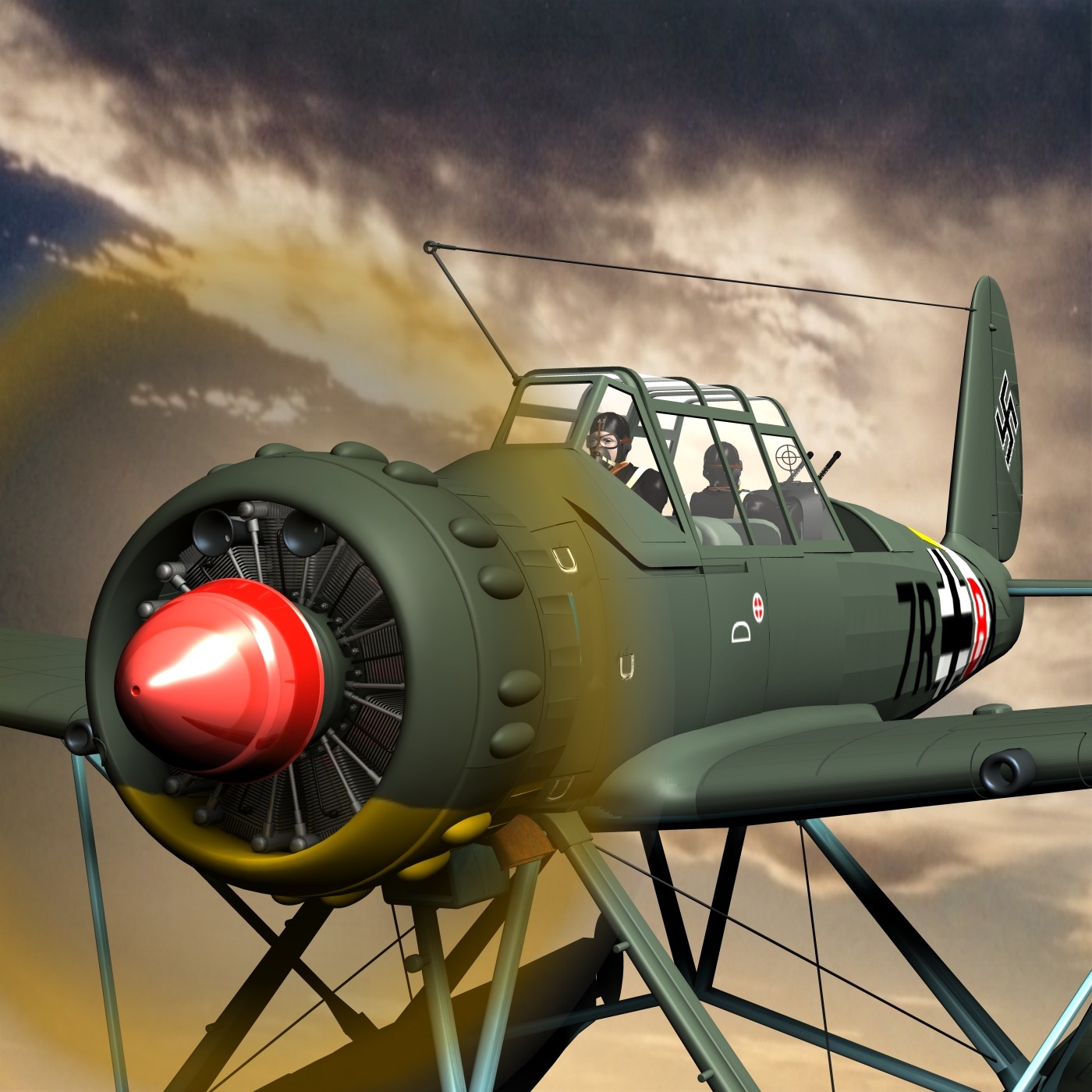 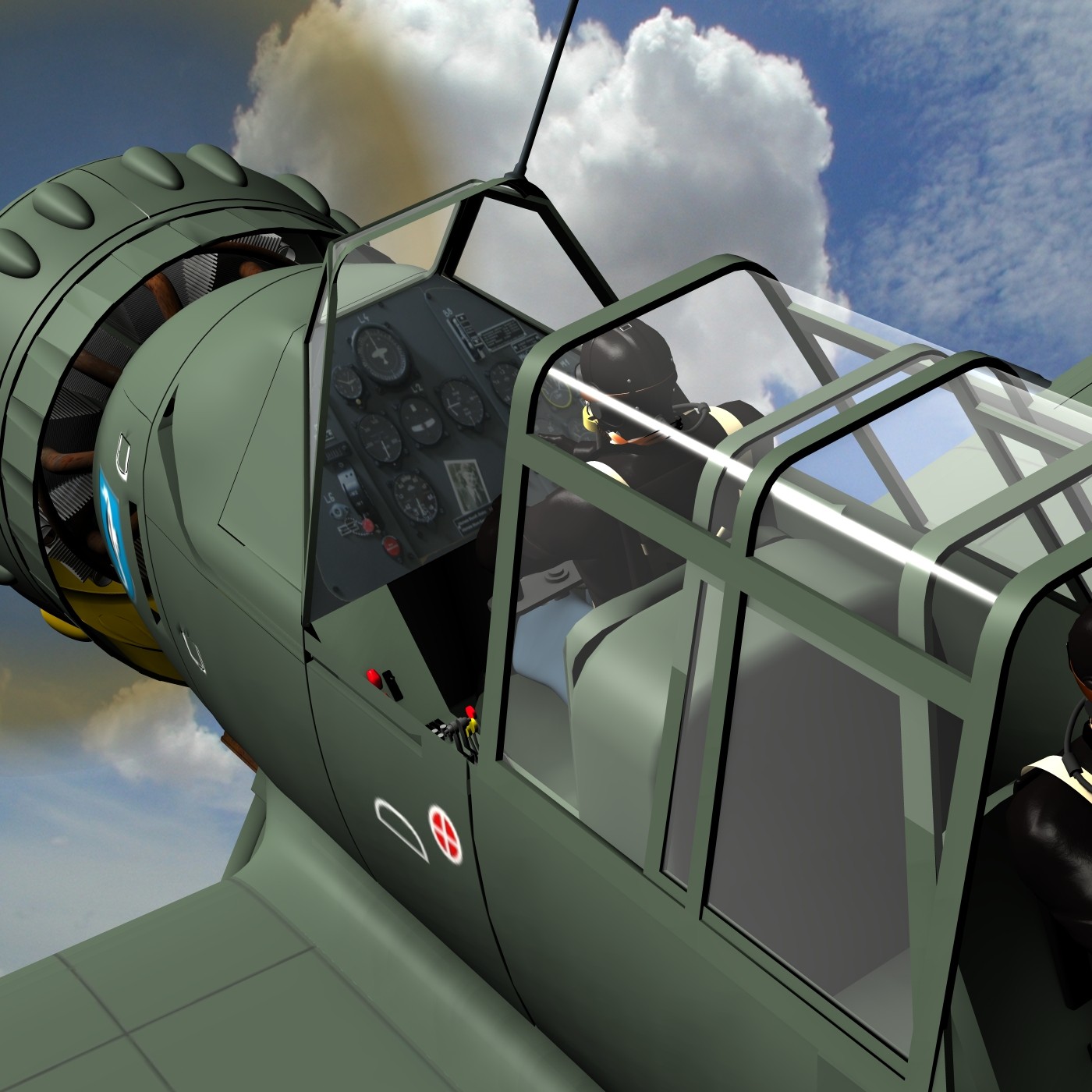 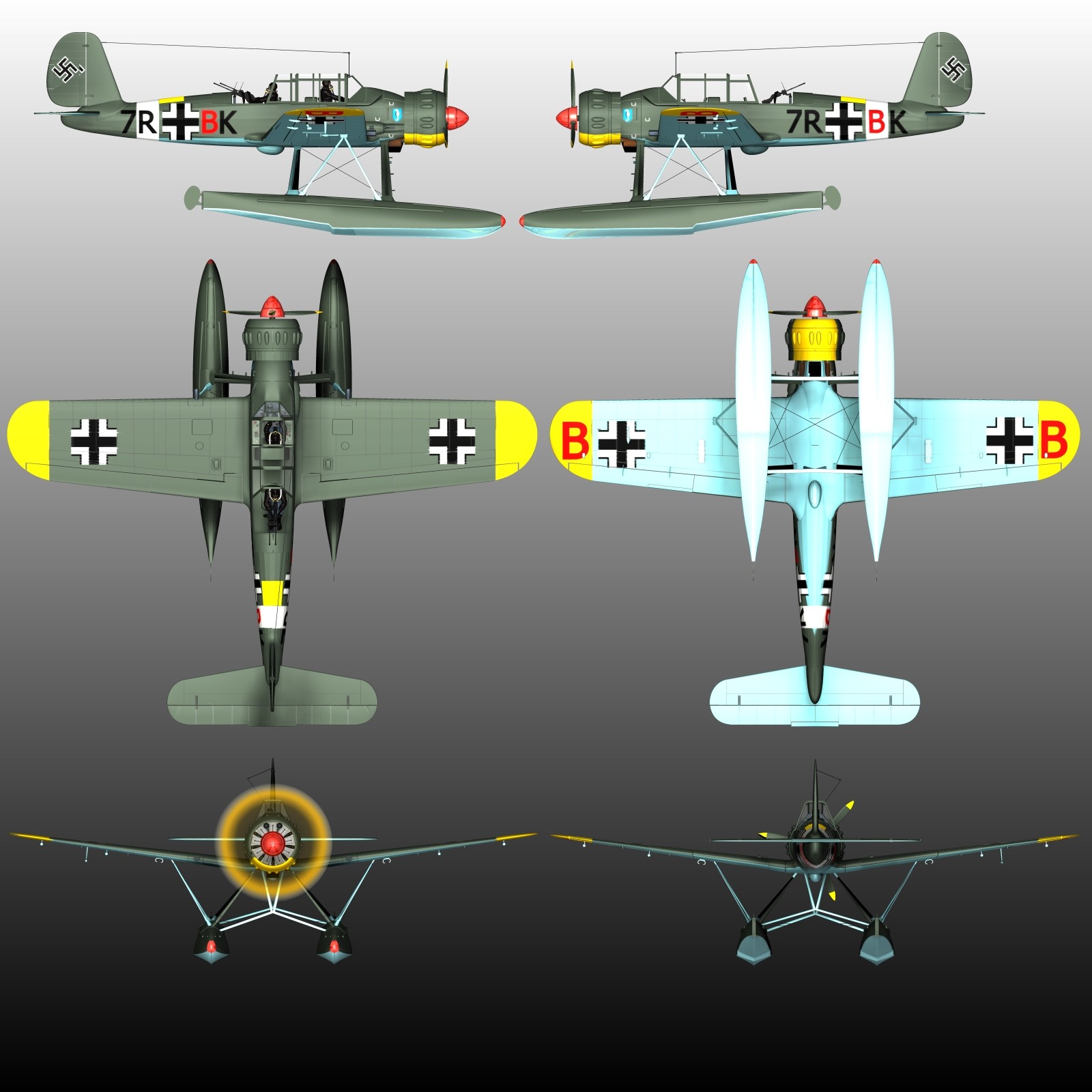 The Arado Ar 196 was the standard seaplane on all the major warships of the Kriegsmarine. Its main mission was to provide light air cover for the ship and do reconnaissance job or serve as gun observer.
Its performance exceeded its Allied counterparts. In addition to reconnaissance, the Arado-196 also served a multitask role, including sea-rescues, coastal patrols, inserting agents behind enemy coastal lines, and even in combat situations. With its heavy armament of two forward firing 20 mm cannons, twin 7.92mm rear machine guns and two 50-kg bombs, the Arado-196 can intercept and attack lone Allied aircraft. Constructed primarily of metal framework, the Arado-196 was of modern design utilizing an enclosed cockpit and twin floats to aid in its stability. The floats were fitted with rudders and also served as extended fuel tanks and storage space for other emergency provisions. The extended fuel tanks enabled the scout plane to remain in the air for up to four hours at a time, which for scout planes was a more important factor than long range. A nine cylinder BMW radial engine producing a high power output of 960-hp also placed the Arado-196 as the fastest in its class. Coupled with a sound airframe design, it also had the highest ceiling height compared to its British and American counterparts. This is of innumerable advantage, as a greater ceiling height enabled the crew to scout over greater distances.
The Arado-196 served in all maritime theaters of war with operations ranging from the Arctic to the Black Sea. It also served with coastal units in Norway, Denmark, Bulgaria, Finland, Romania and the Mediterranean. Any of them were caught at the end of the war and served in allied armies.
The Arado-196 was built by Fokker and SNCA.

INSTALLATION INSTRUCTIONS:
Check that you have the total control on your Poser program.

8 TEMPLATES ARE GIVEN SO THAT YOU CAN GIVE YOUR OWN PAINT SCHEMES AND MARKINGS USING A 2D SOFTWARE.

IF THE AIRCRAFT SET ON THE WATER THE "zrot" DIAL MUST BE 3°.