CORD 812 SUPERCHARGED Back to All 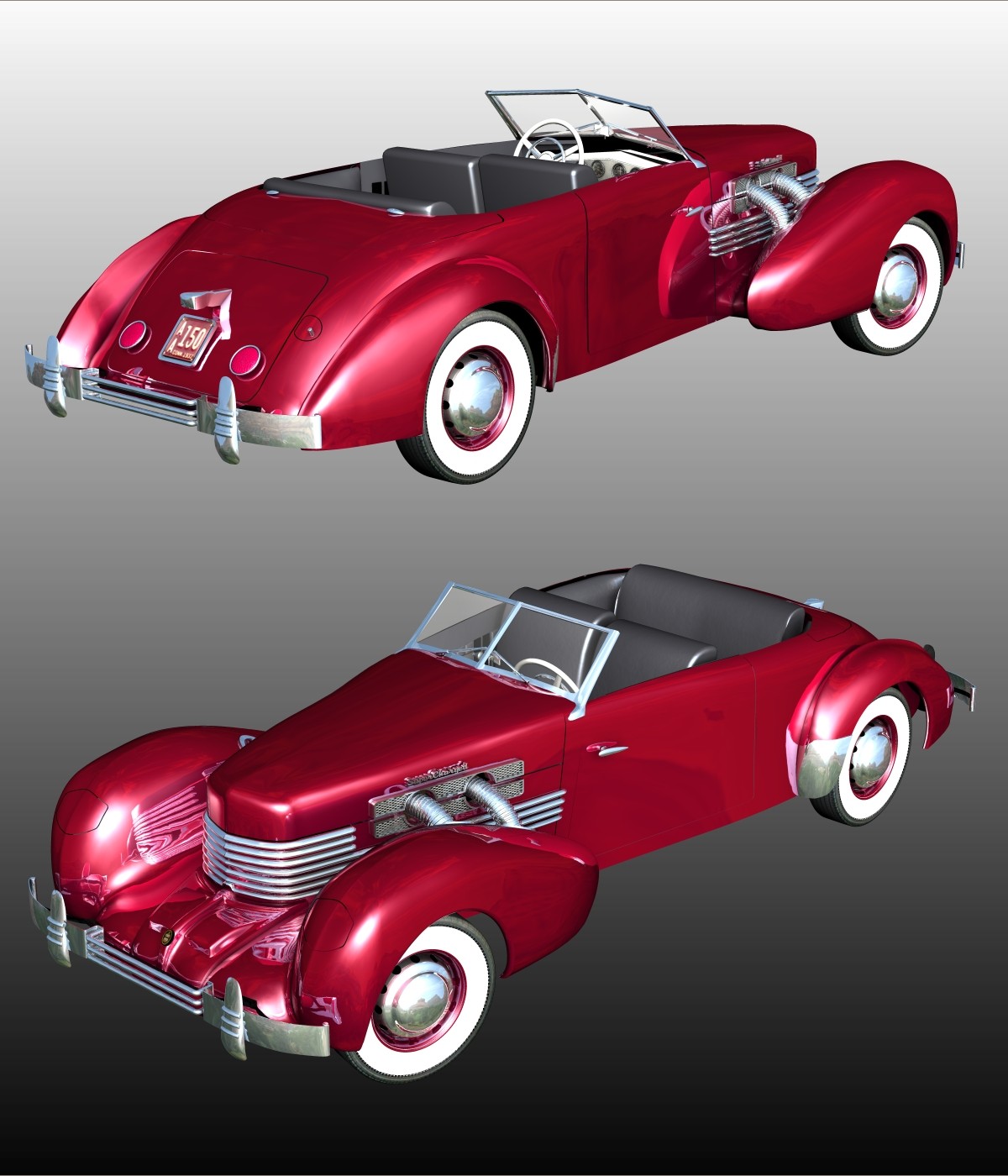 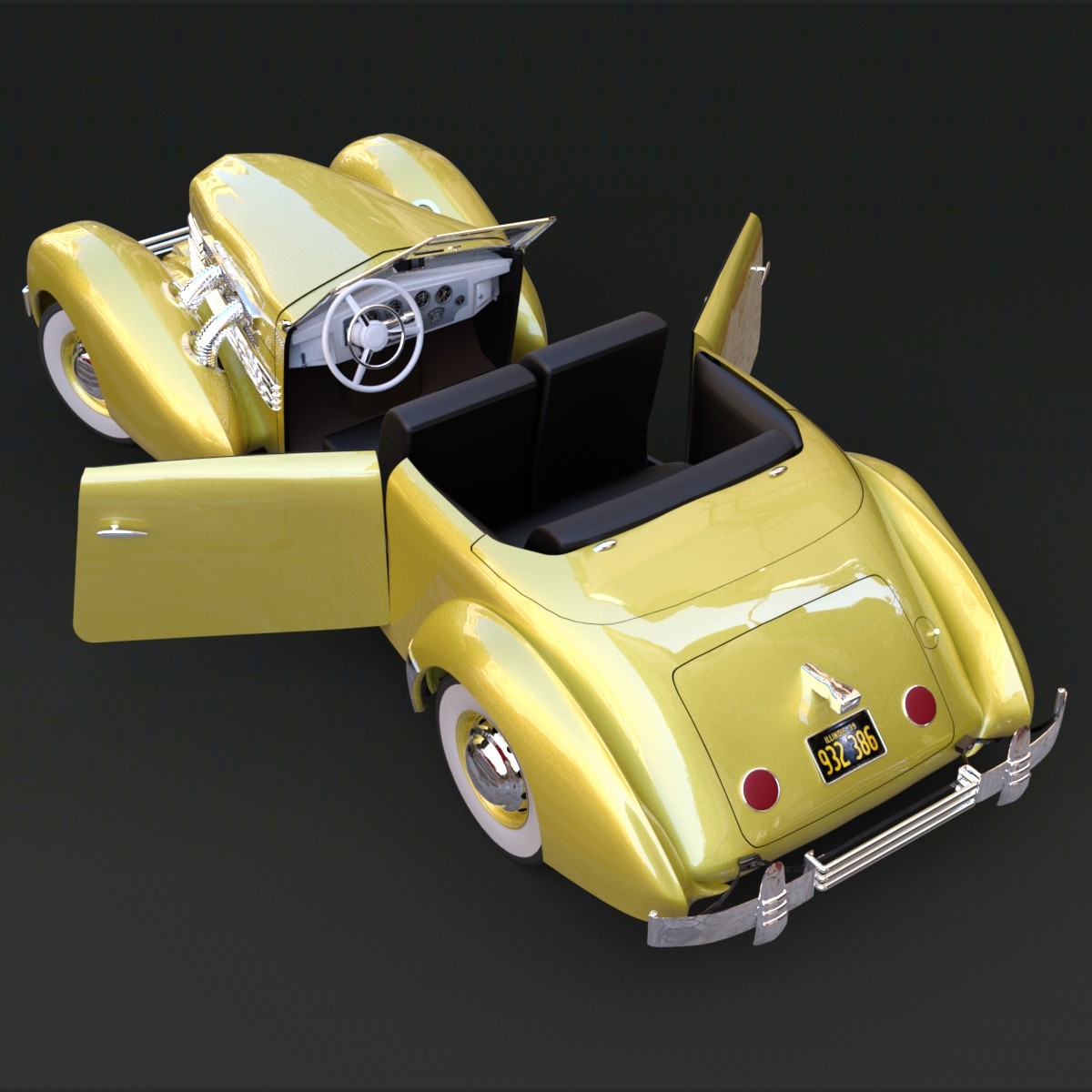 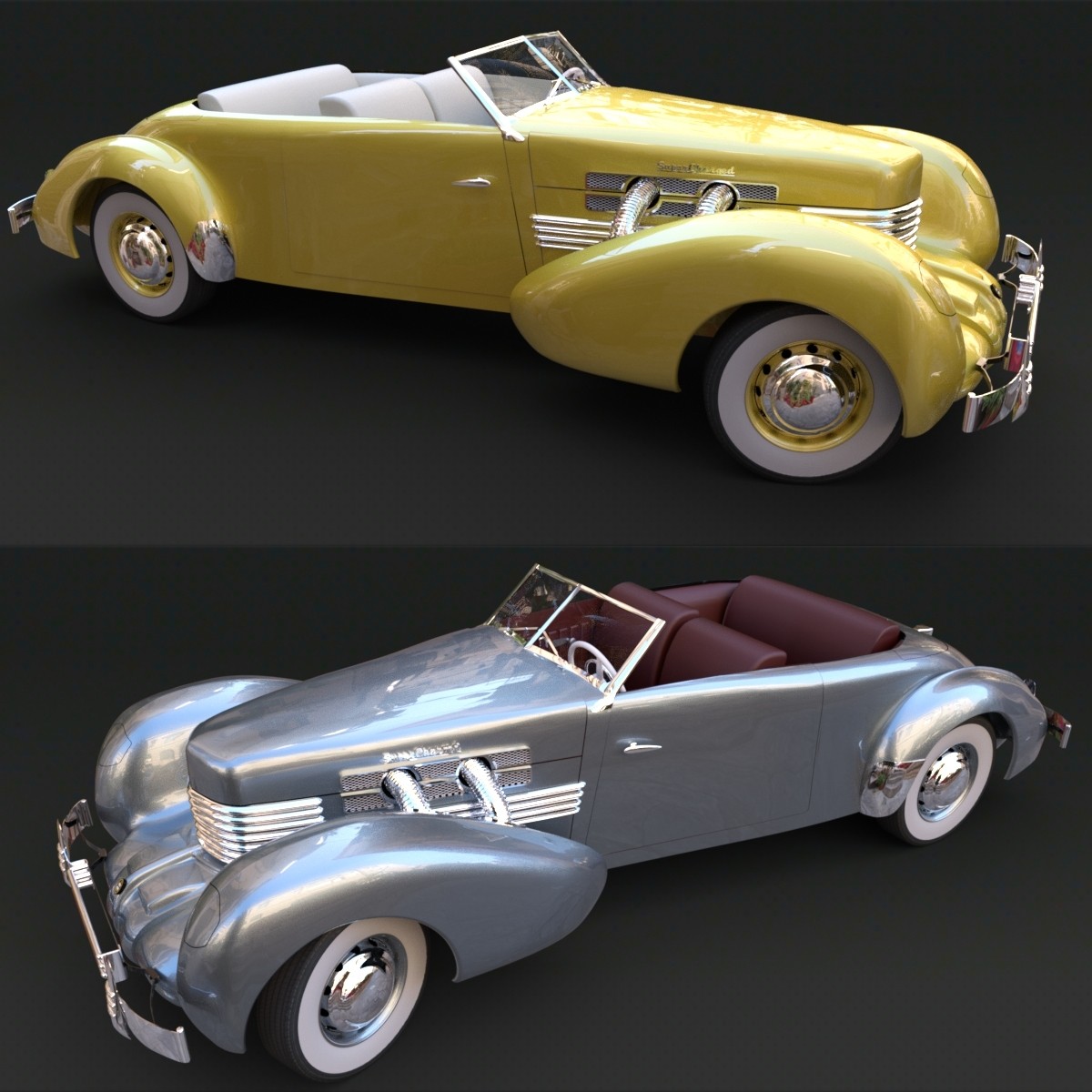 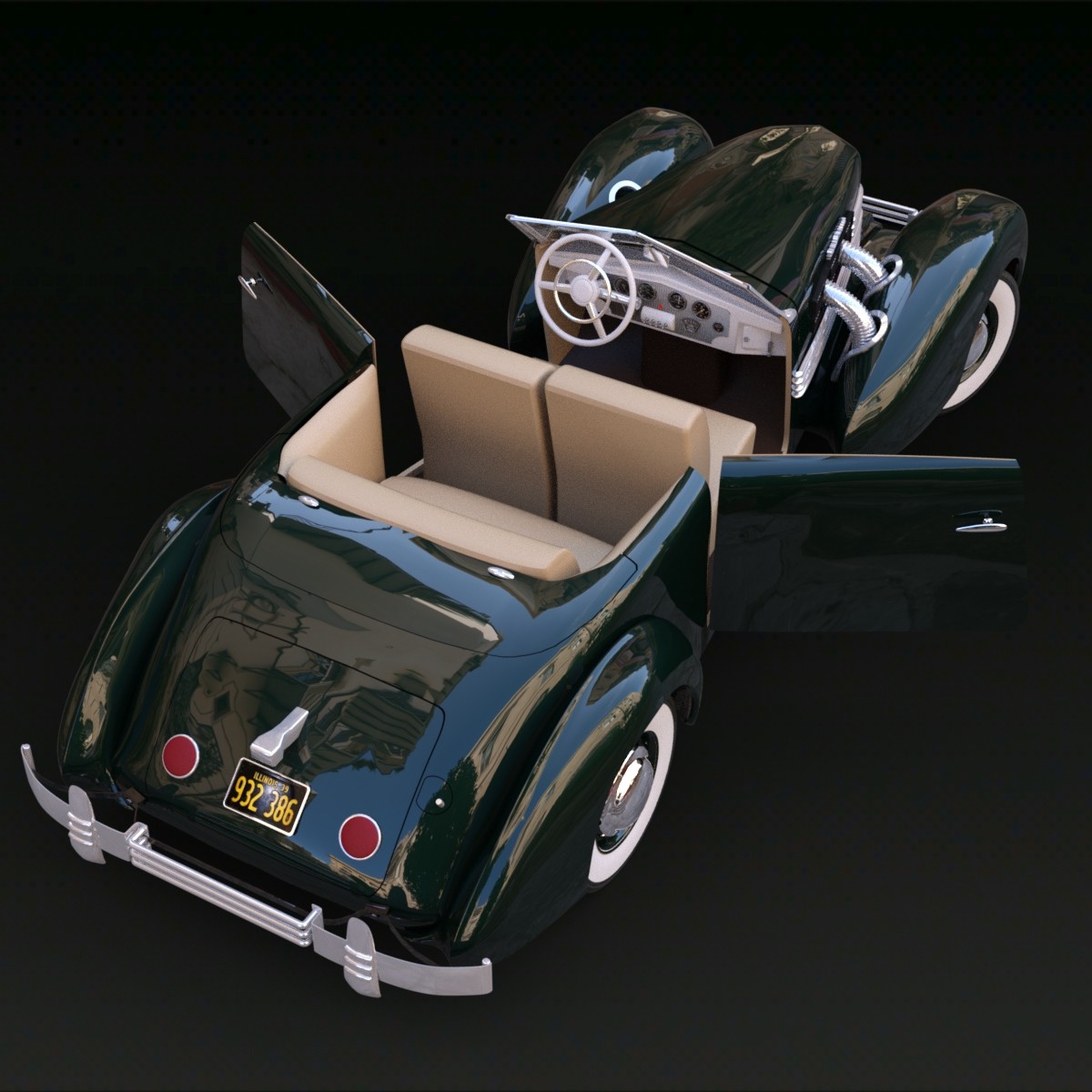 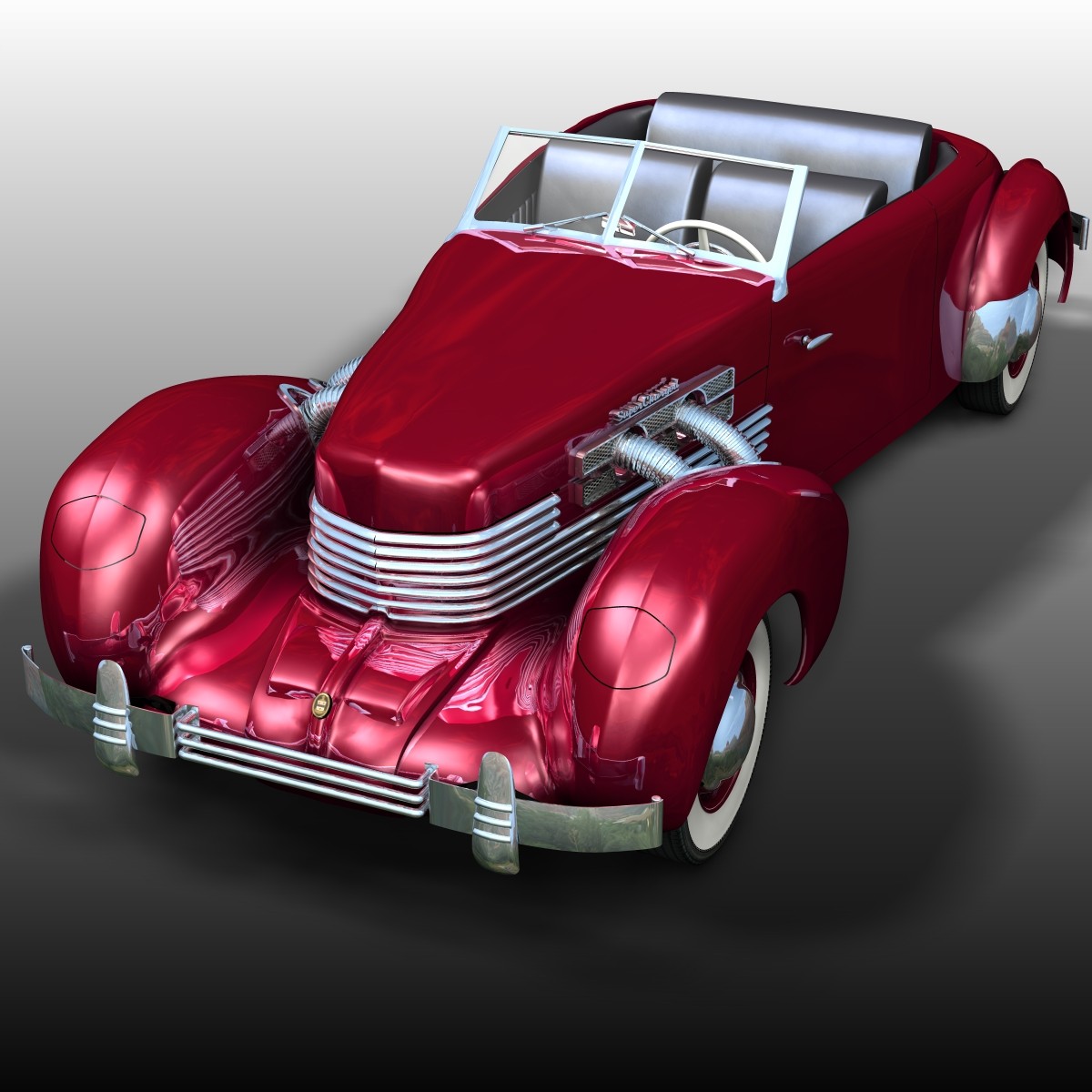 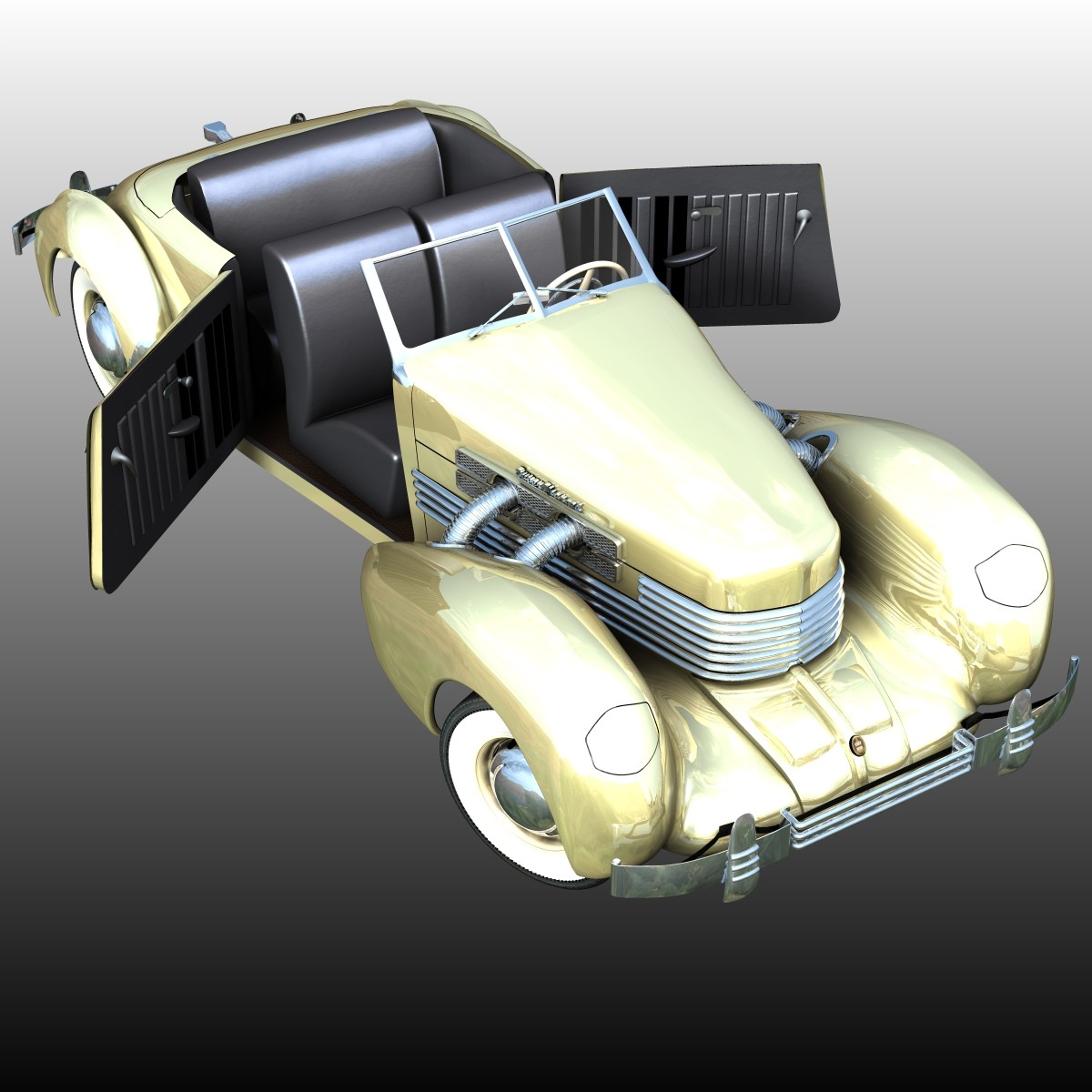 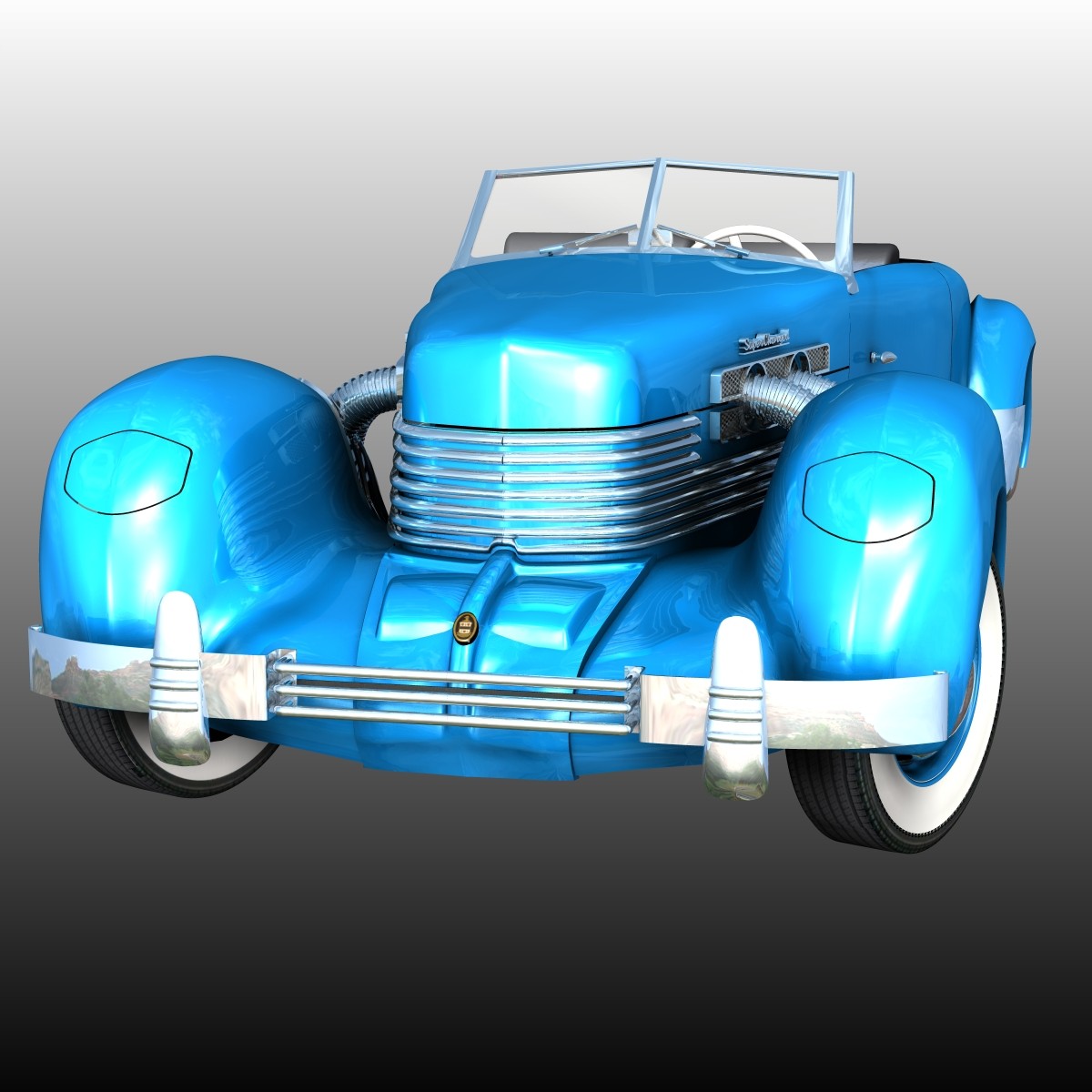 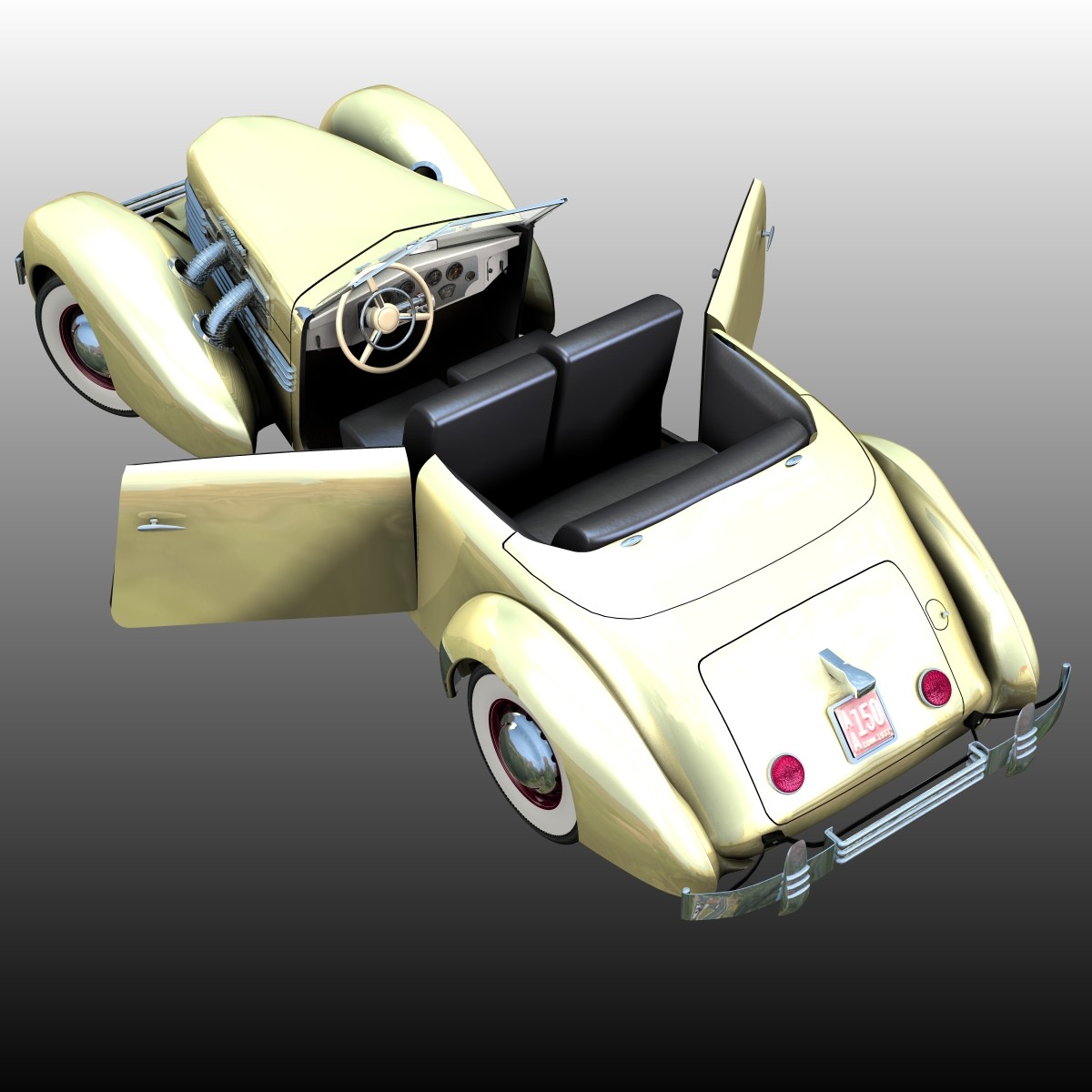 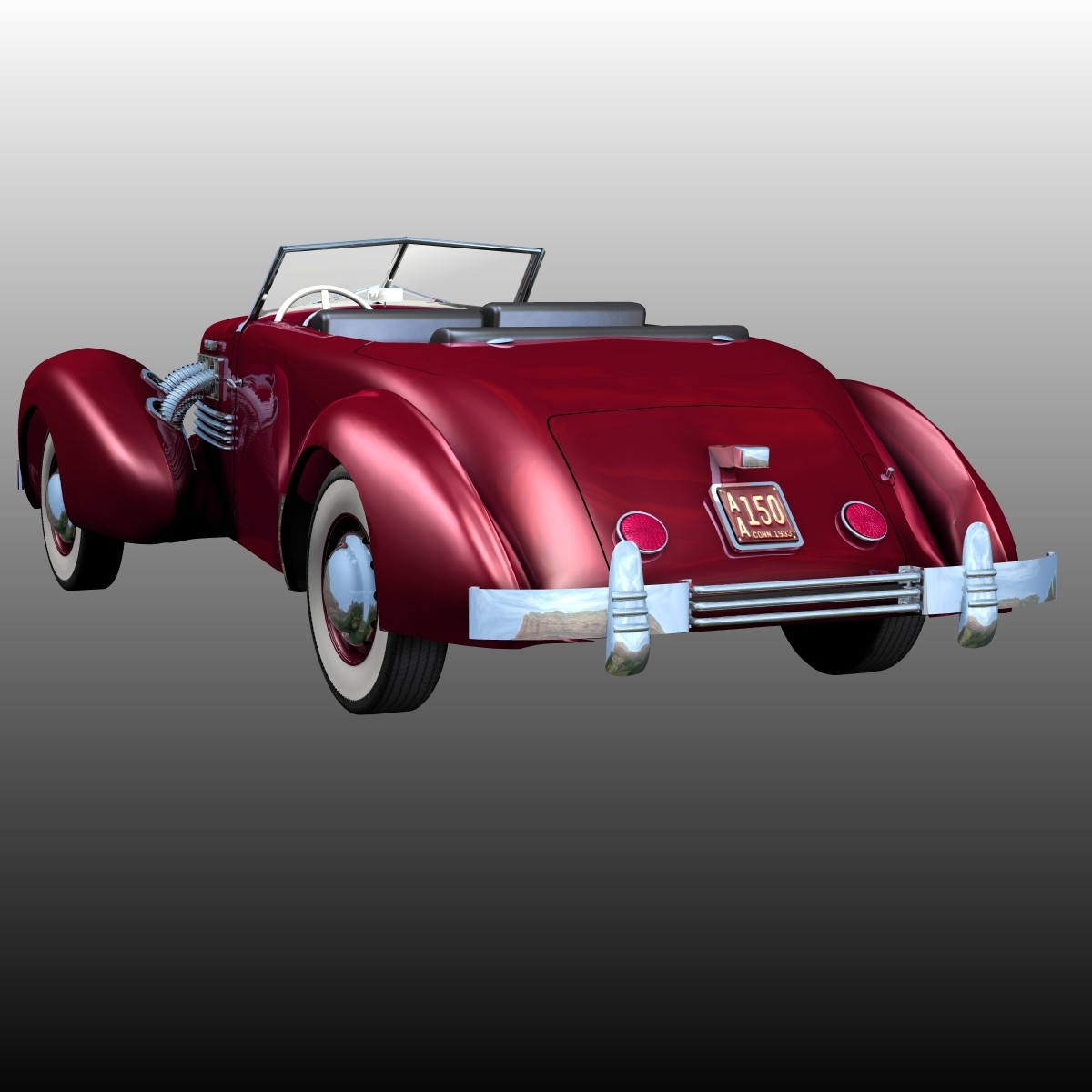 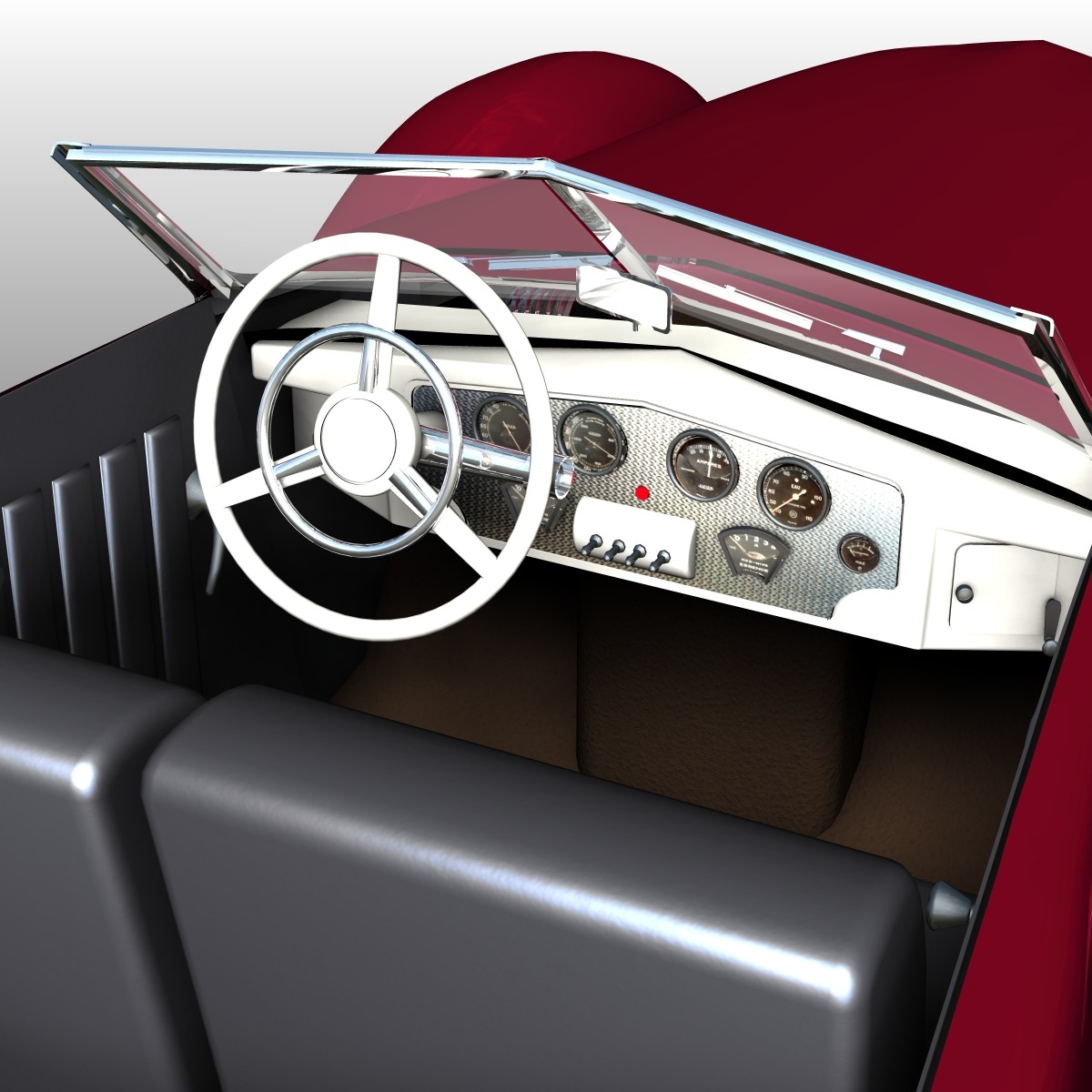 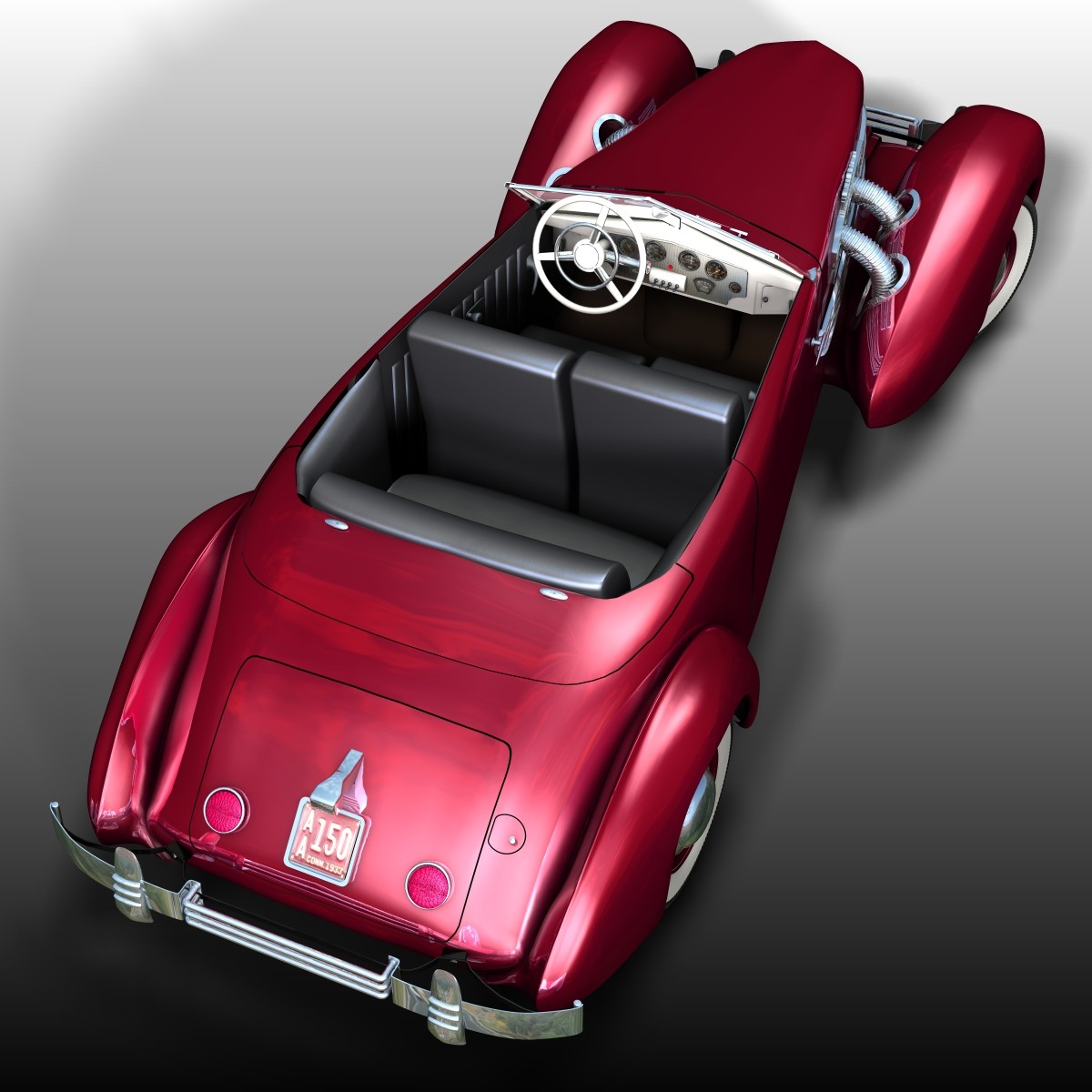 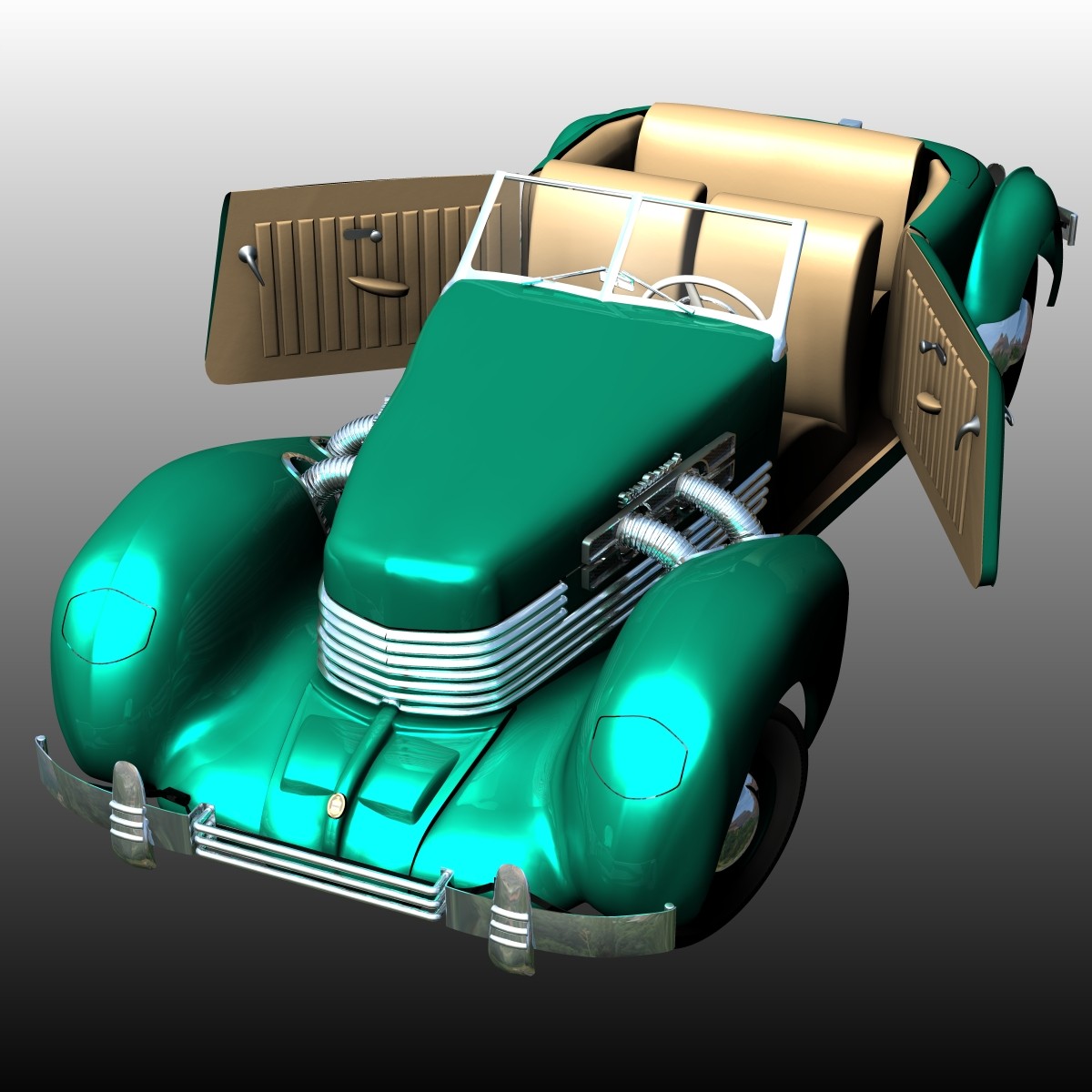 Like the 1936 models badged 810, the 812 had eccentric styling designer Gordon Buehrig which was matched by some unorthodox engineering choices.
To allow for more cockpit room, a bespoke transmission was fitted aft of the engine which initially caused many problems with reliability.
In 1937 the 812 was offered with an optional supercharger and it became the ultimate Cord before the company closed indefinitely the same year.
While the supercharged option didn't save Cord, the car was much better sorted then the first cars badged as 810 models.
Central to the Supercharged Cord was a Schwitzer-Cummins centrifugal supercharger that was attached to the L-head Lycoming V8 engine.
With 6 psi boost, it produced roughly 185 to 195 bhp. This was good enough to propel Ab Jenkins at an average speed of 101.72 mph for 24 hours on the Bonneville Salt Flats.

HIGHLY DETAILED CHARACTER FOR POSER11 AND GREATER.
CAN BE IMPORTED IN POSER PREVIOUS VERSIONS WITHOUT PROBLEMS.

THE CORD 812 SC IS LOCATED IN Character/3DClassics

A TEMPLATE IS GIVEN IN A SEPARATE FOLDER SO THAT YOU CAN CHANGE THE REGISTRATION WITH A 2D SOFTWARE.