CITROEN KEGRESSE Back to All 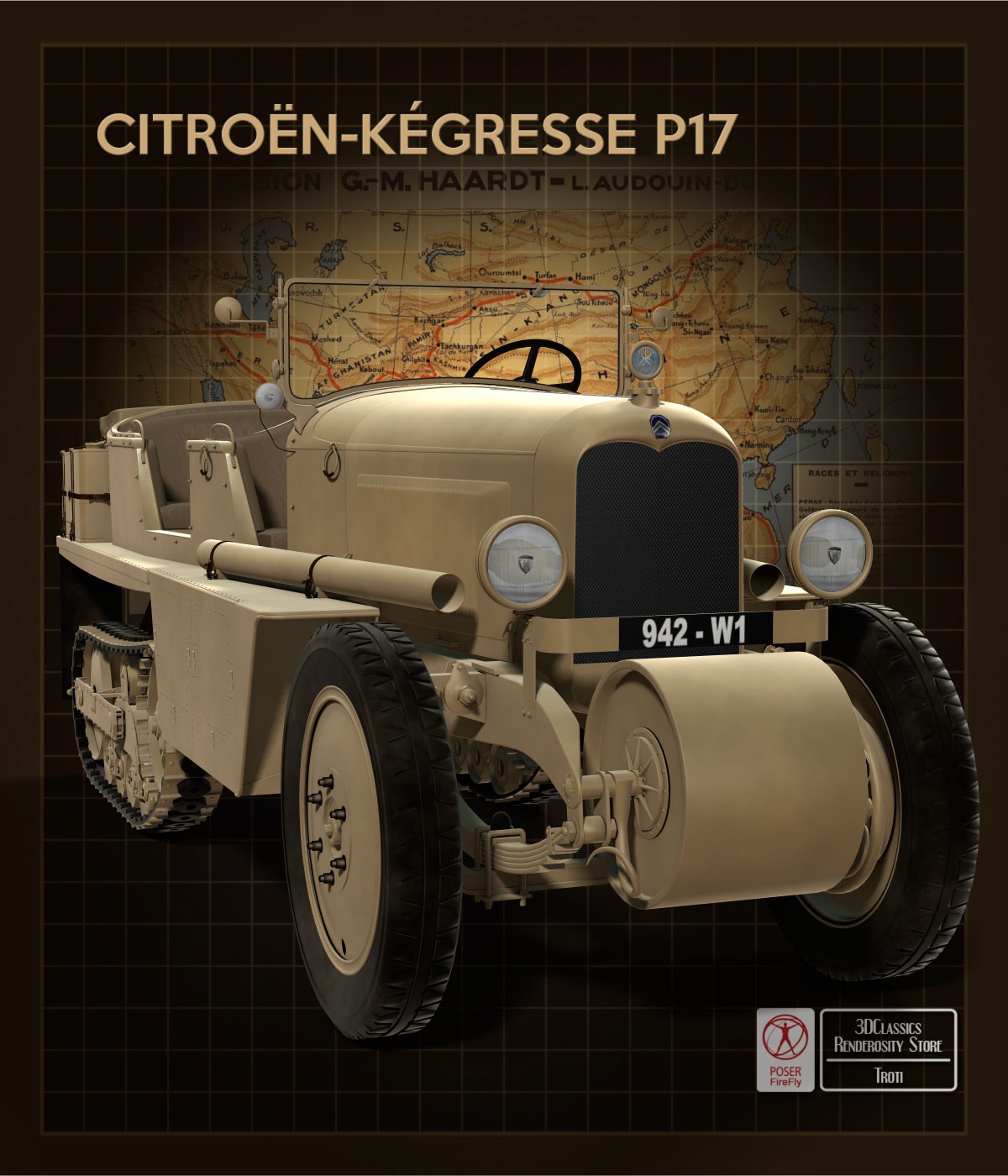 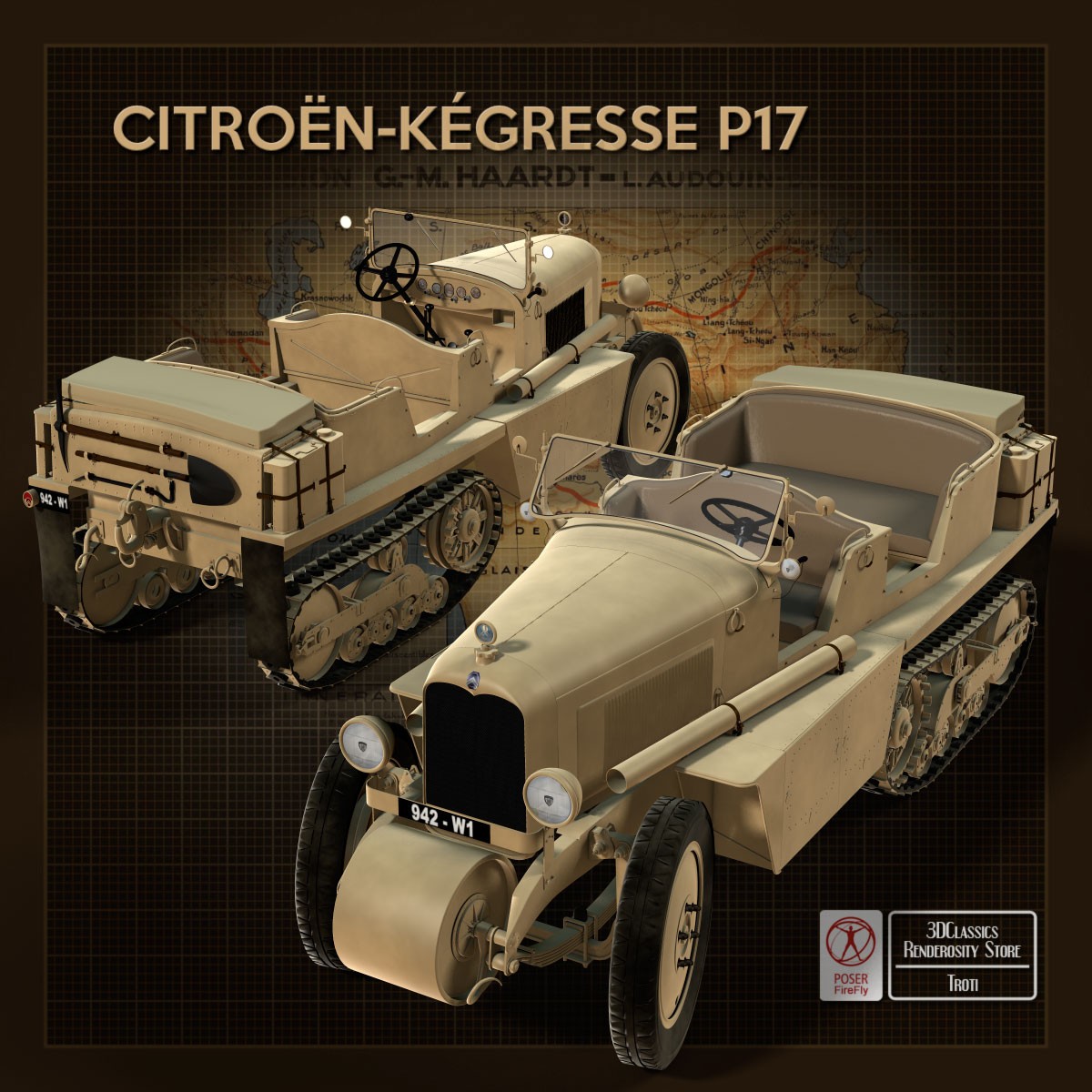 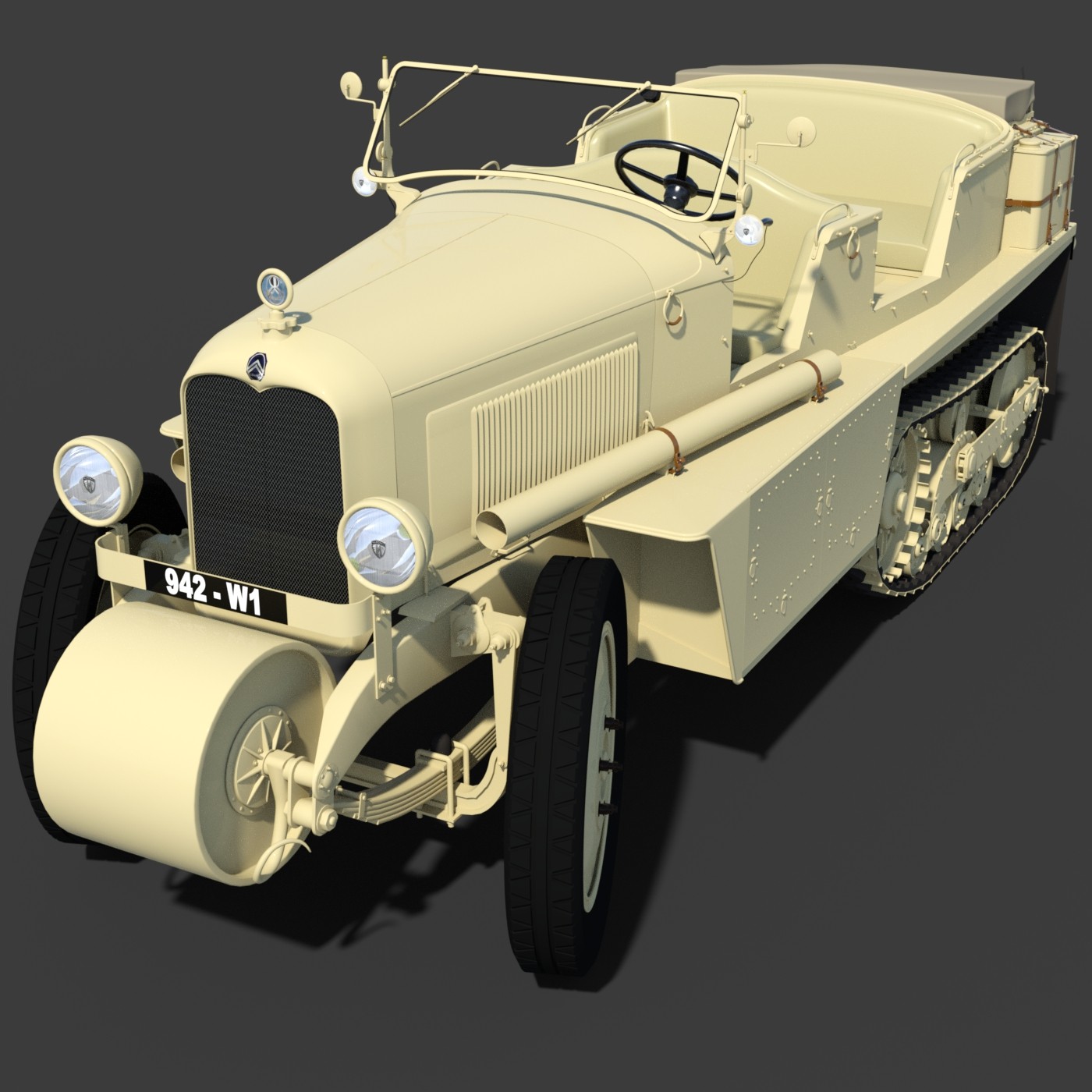 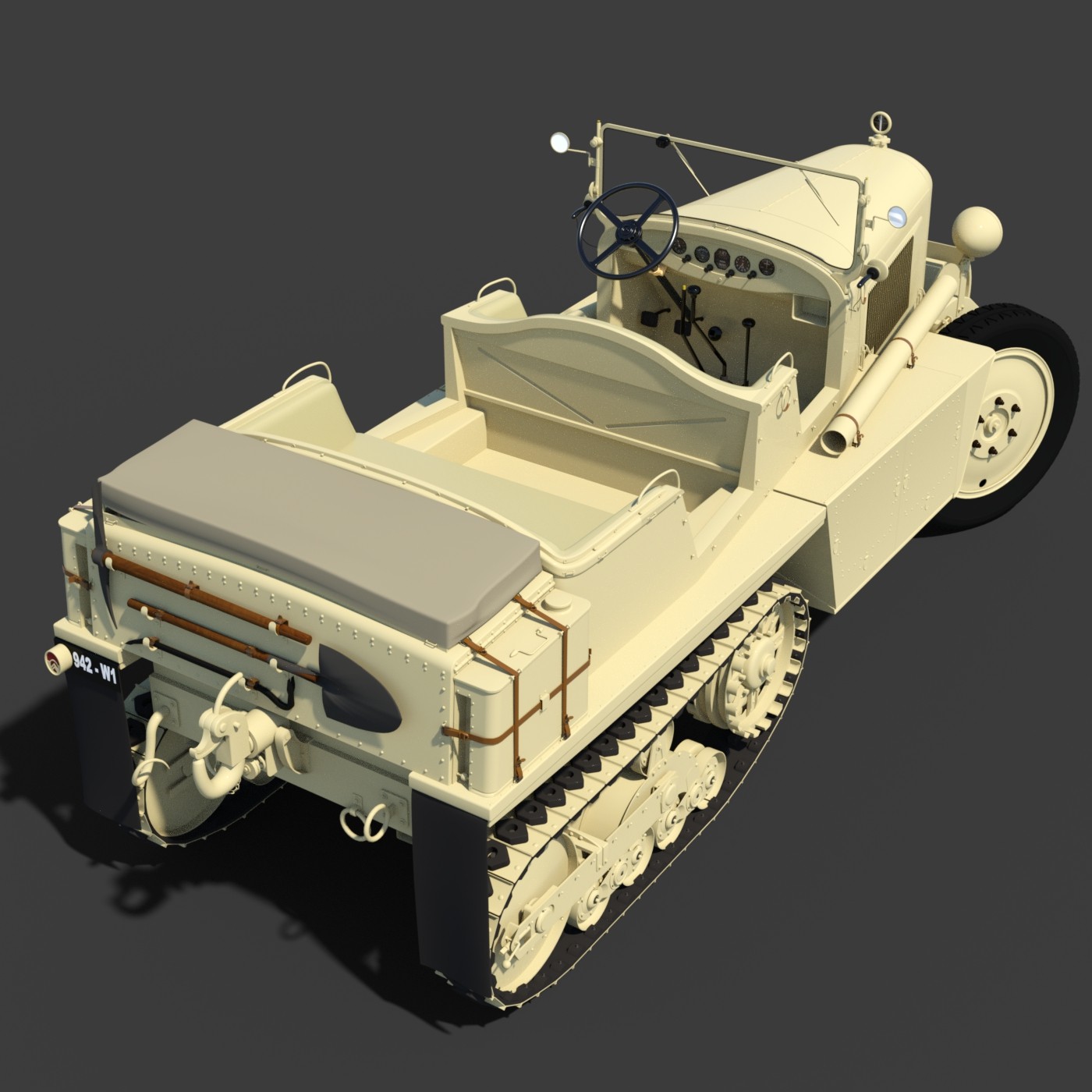 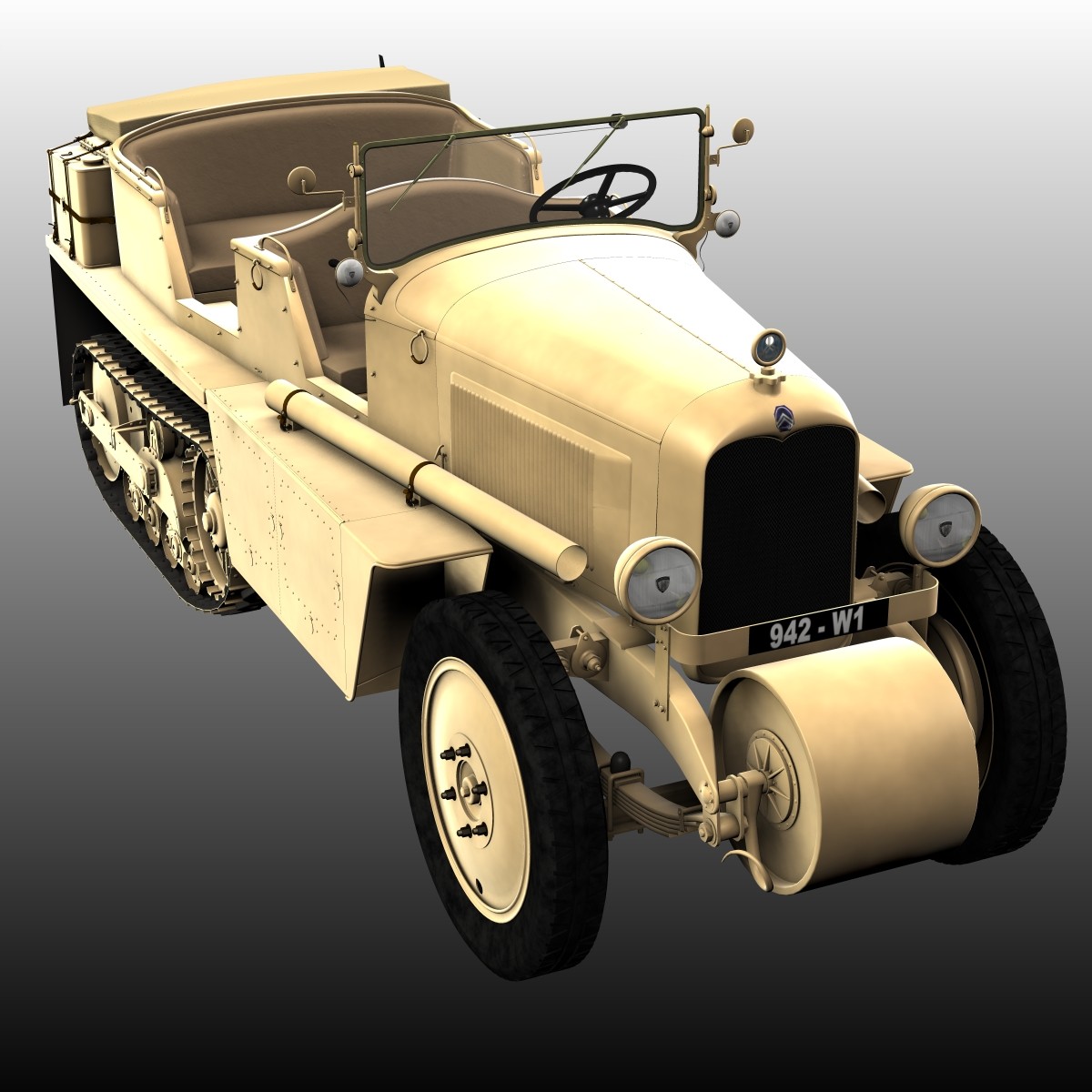 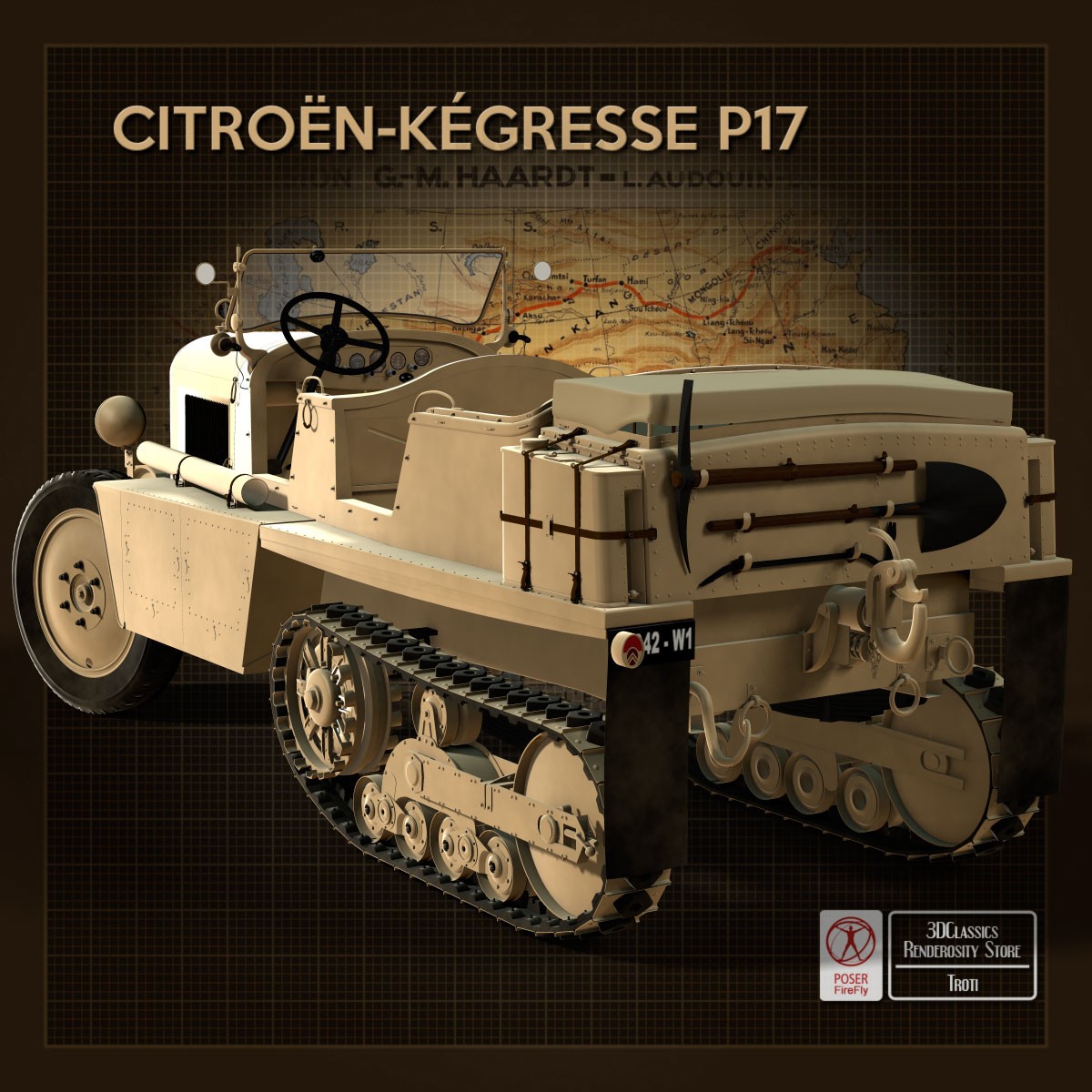 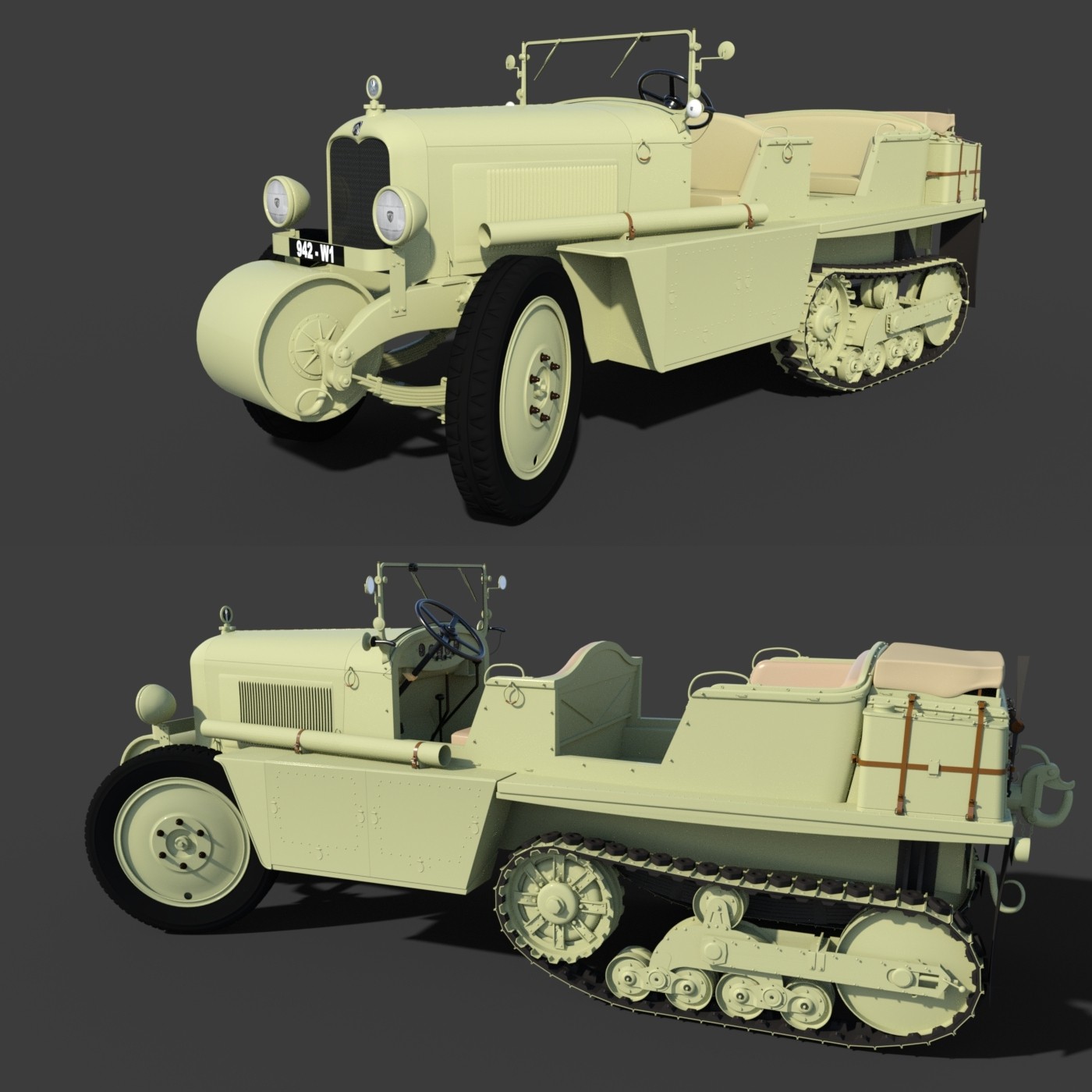 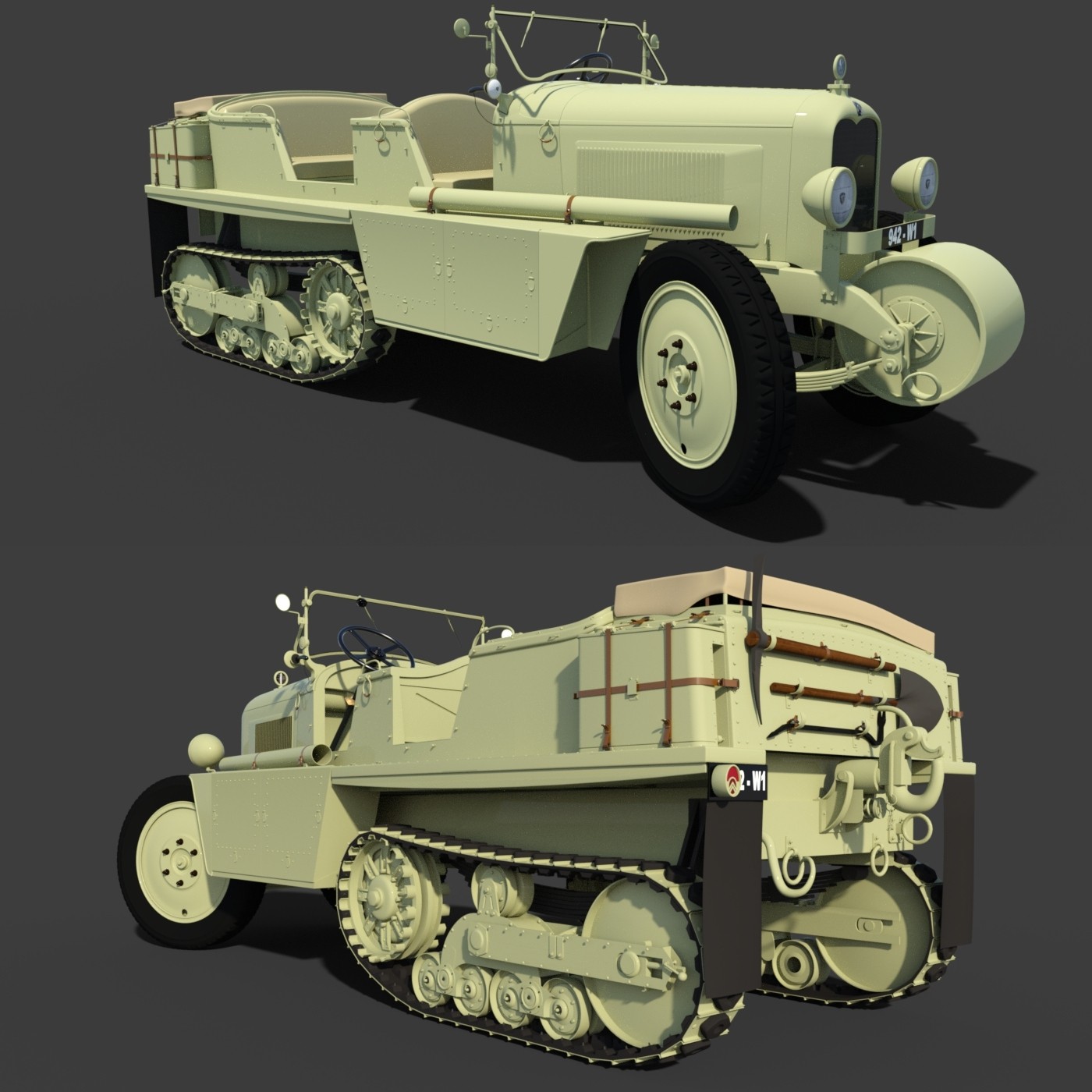 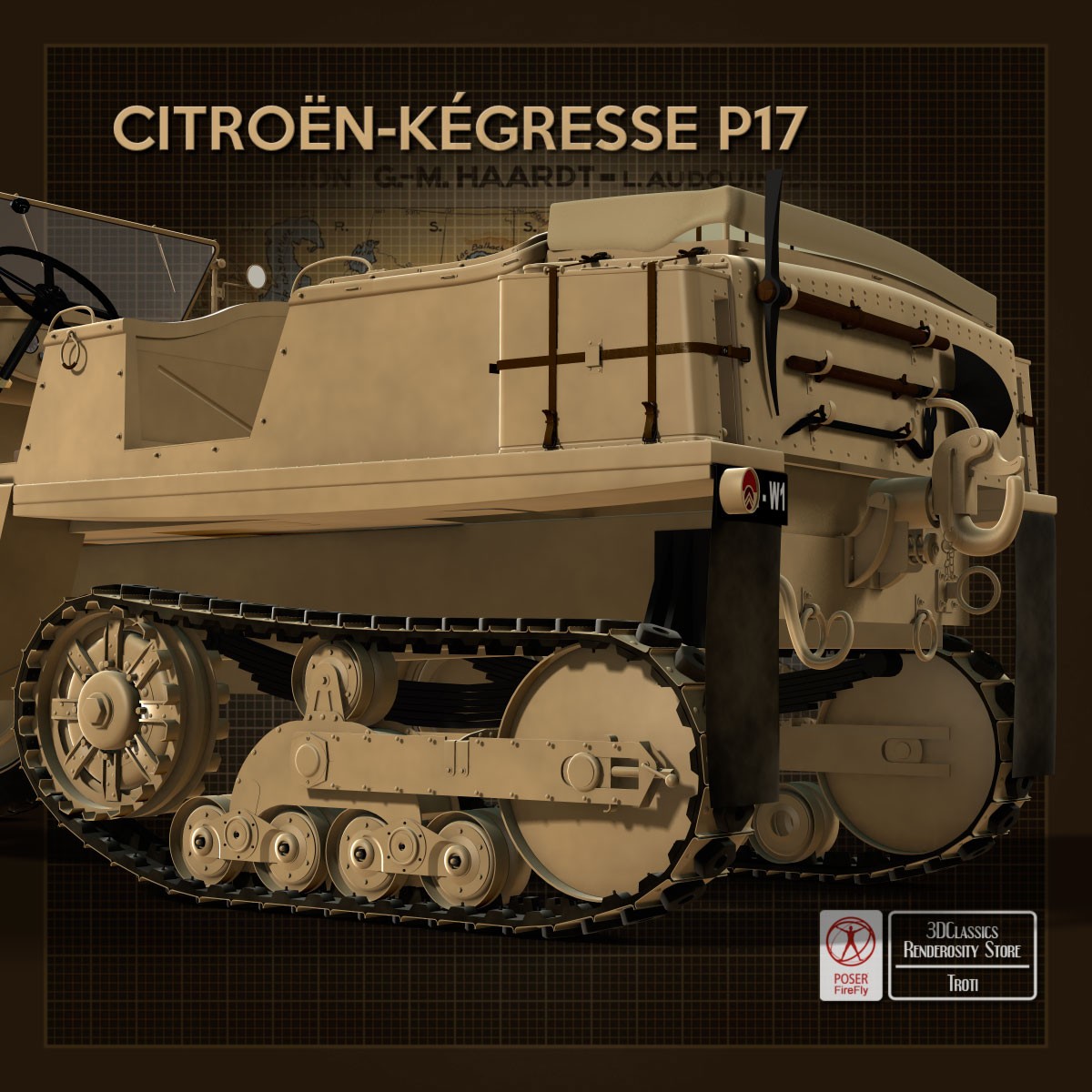 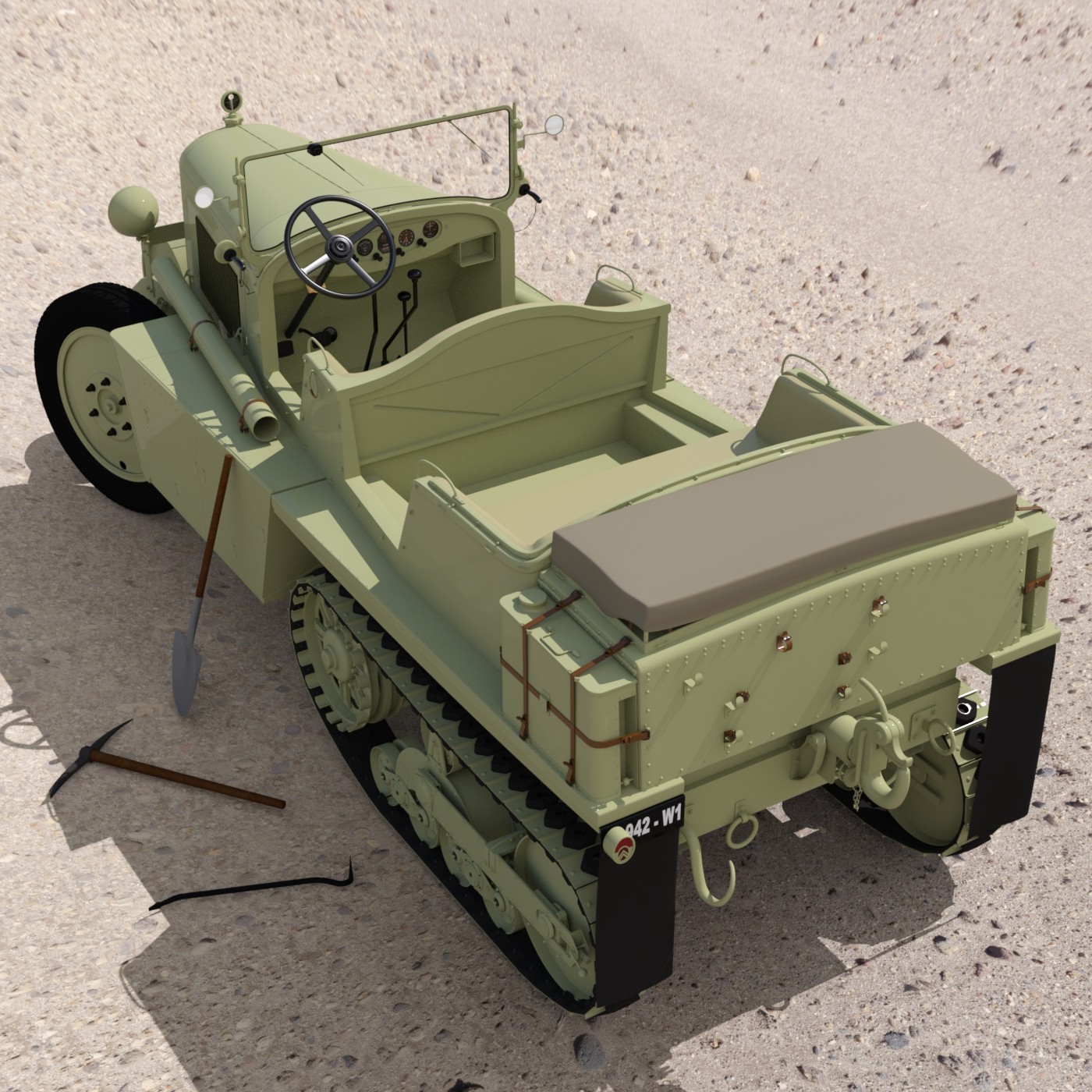 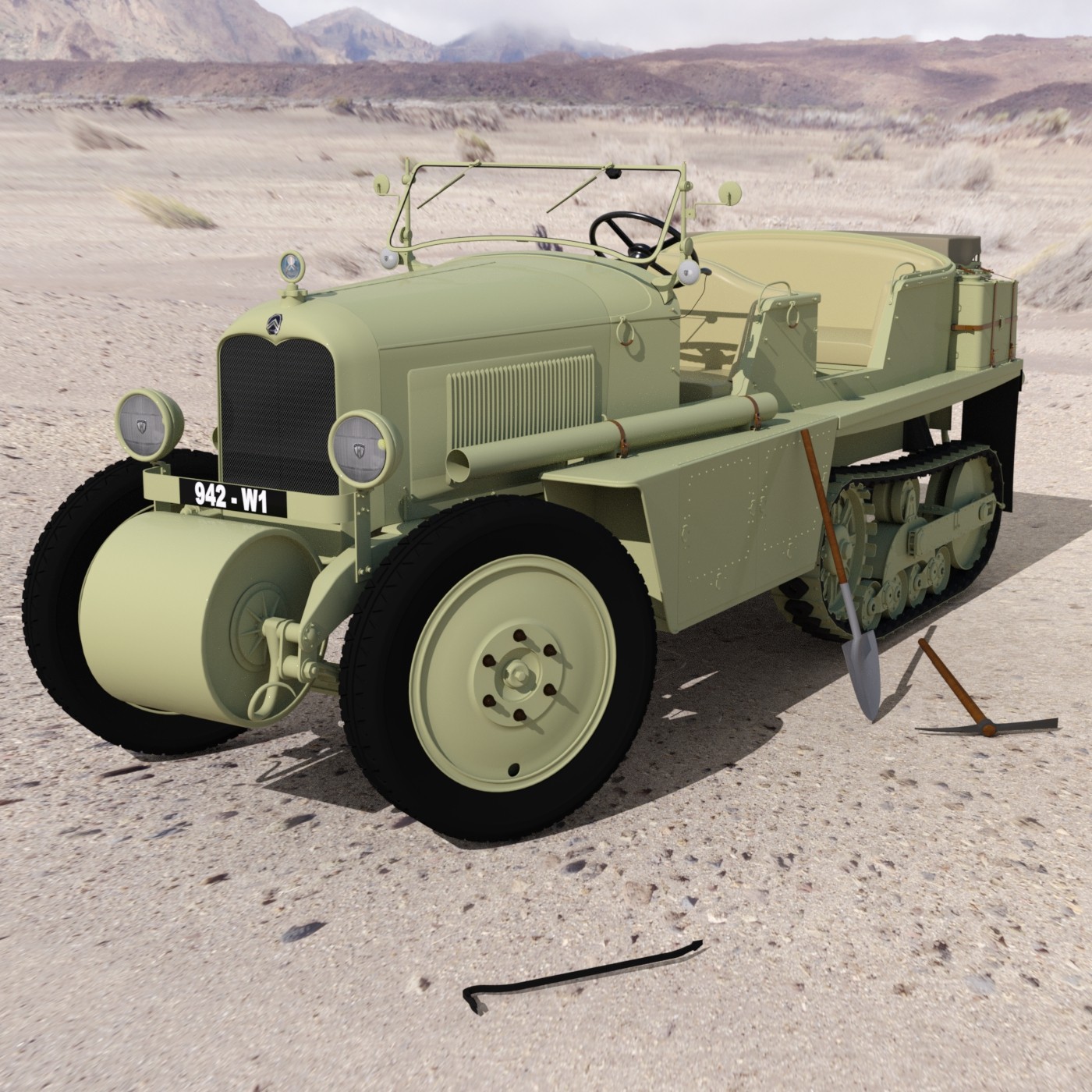 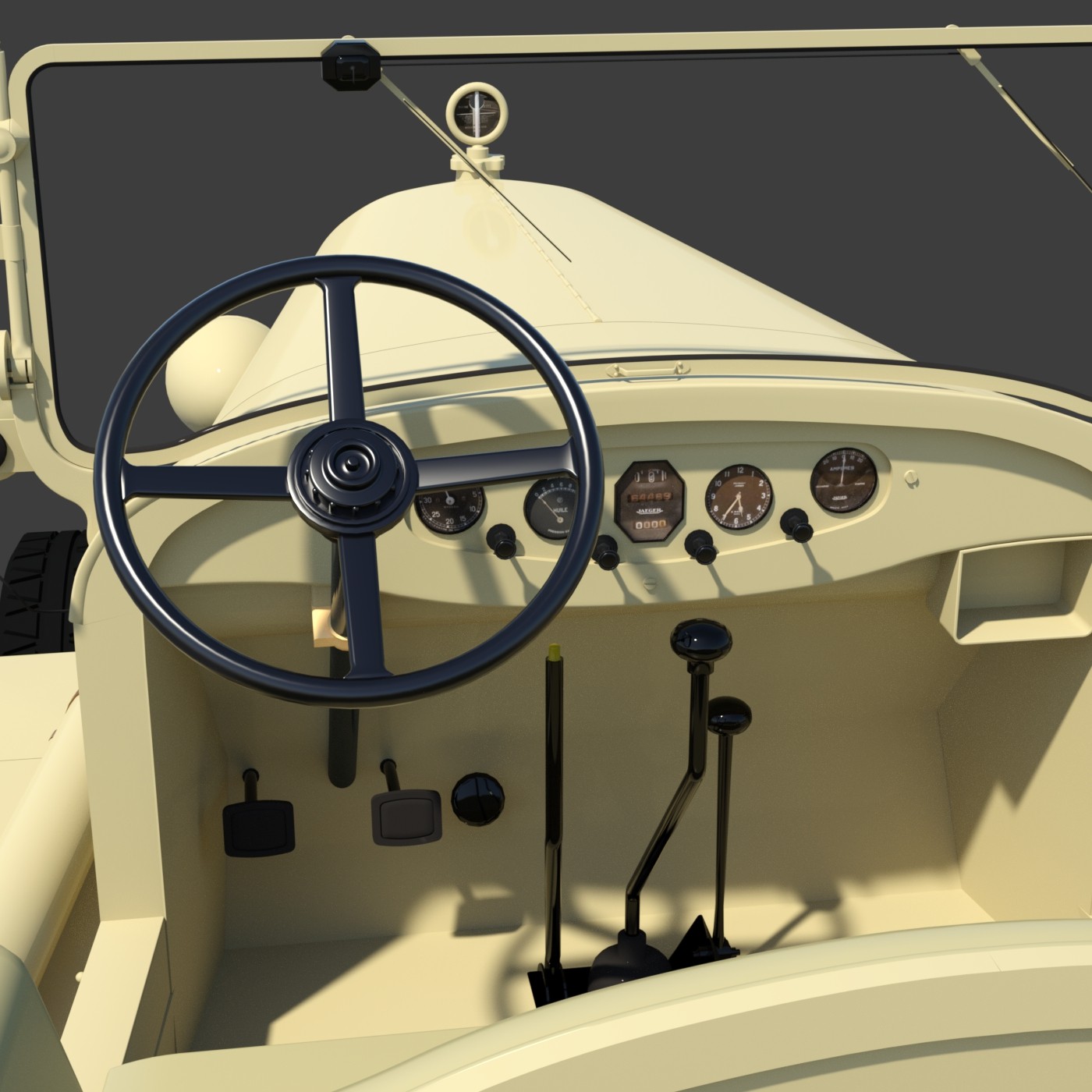 French engineer Adolphe Kégresse originally developed half-track carS for Tsar Nicholas II of Russia before the First World War. He was a personal chauffeur of Tsar Nicholas II and the Head of the Mechanical Department of the Russian Imperial Garage at Tsarskoye Selo.
In 1920 André Citroën acquired the rights for the invention and created a separate company to allow Kégresse to further develop and market his ideas for the Autochenille, or caterpillar car. After World War I Kégresse was forced to return to his home country, where he was from 1919 employed by the Citroën company during the 1920s and 1930s to design half-track vehicles, together with engineer Jacques Hinstin.
Much publicity was generated using Citroën Kégresse vehicles on a series of ambitious overland expeditions across Africa and Asia.
Production vehicles proved popular with the military and, in particular, found use throughout Europe in farming and forestry roles.
The Kégresse propulsion and suspension system incorporates an articulated bogie, fitted to the rear of the vehicle with a large drive wheel at one end, a large unpowered idler wheel at the other, and several small guide wheels in between, over which run a reinforced flexible belt.
The belt is fitted with metal or rubber treads to grip the ground.
It differs from conventional track systems by using a flexible belt rather than interlocking metal segments.

The Russian army fitted the system to a number of their Austin Armoured Cars.

The British War Office issued a specification for half-tracked vehicles in 1923 and ran a competition in 1925. Crossley signed a licencing agreement with Citroen-Kegresse on 19 January 1925 and entered a BGT with Kégresse tracks at the trials which was held in February.
Crossley came out best in the trials and orders were placed for 15-20 cwt and 3 ton chassis. 115 in total were ordered by the British Army and RAF, 55 of which were for the 15-20 cwt models. An unknown but small number were also sold privately.

Citroën-Kégresse vehicles served in the Polish motorized artillery during the 1930s.In addition the Polish produced their own Kégresse track trucks called the "Pólgasienicowy 34" .

The FN-Kégresse 3T was a half-track vehicle used by the Belgian armed forces as an artillery tractor between 1934-1940.

In the late 1920s the U.S. Army purchased several Citroën-Kégresse vehicles for evaluation followed by a licence to produce them.
This resulted in the Army Ordnance Department building a prototype in 1939. In December 1942 it went into production with the M2 and M3 half-track versions.
The United States eventually produced more than 41,000 vehicles in over 70 versions between 1940 and 1944.

FRENCH CITROEN KEGRESSE Type P17
1929–1934
The P17 is the first model to integrate all important aspects of the C4, including the engine. 1628 cm3 (72x100).
The rear axle (including the front pulleys) was fixed on the P10 – but now mounted in a flexible way allowing a vertical movement.
Being produced during more than 5 years, the P17 goes through an evolution, starting with the P17A (hardly an official name) and P17B. Though principally based on C4, these models are built on the chassis of the B15, a truck derivate of the B14. Weight of chassis (no carrosserie, empty car): 1200 kgs.
The P17C appears in 1932, now with the engine of the C4G: 1767 cm3 (75x100). This is probably also the stage when the P17s gets the new chassis, designed for the purpose: It’s flat (without the
slung shape at the rear) and the empty car weight is increased to 1470 kgs without body.
The P17C is followed by P17D and P17E, with minor modifications.
The P17 is a light Kegresse and by far the model with the highest production numbers. Somewhere it is said that for the French army alone more than 1700 cars were delivered and surely Citroën
supplied the armies in other countries as well. But the P17 model was also applied in other areas such as agriculture and forestry and public service.

The Yellow Expedition (French: Croisière Jaune) was a French trans-Asian expedition in 1931/1932. It was organized by Citroën in order to promote their P17 Kégresse track vehicles.
This Citroën Centre-Asia expedition is one of the most exceptional adventures of the 20th century. 42 courageous men, ready to face all the obstacles of nature, all the dangers, deliberately set out on a journey of more than 13,000 km in a deeply troubled Central Asia.
They thus went up the ancient Silk Road, crossing the high passes of the Karakorum in the Himalayas.
Georges-Marie Haardt and Louis Audouin-Dubreuil led the cruise. Haardt had already crossed the Sahara and the whole African continent in two ambitious expeditions.
One group of the expedition, called group PAMIR, travelled eastwards through the French Lebanon, French Syria, Kingdom of Iraq under British administration, Persia, Afghanistan, British India until the border of Xinjiang, then a de facto independent region of China under control of the warlord Jin Shuren.
Another group travelled westwards across China from Beijing to Urumchi, where they were held hostage by Jin Shurens troops for several weeks.
The French archeologist Joseph Hackin, the Russian-French painter Alexandre Jacovleff (as an "Artistic Adviser"), the French philosopher Pierre Teilhard de Chardin and the American photographer Maynard Owen Williams participated in the expedition.
Early 1932, the expedition reached the East China Sea. In British Hong Kong, Haardt died of pneumonia and the expedition was aborted.
Six P17s took part in the Croisière Jaune, Pamir group.

INSTALLATION INSTRUCTIONS:
Check that you have the total control on your POSER program.

USAGE TIPS AND INSTRUCTIONS FOR POSER :

The PICKAXE, the SHOVEL and the CROWBAR can be used as separated props for realistic scenes with the KEGRESSE stuck in the sand, the snow, the mud.