CARIOCA Back to All 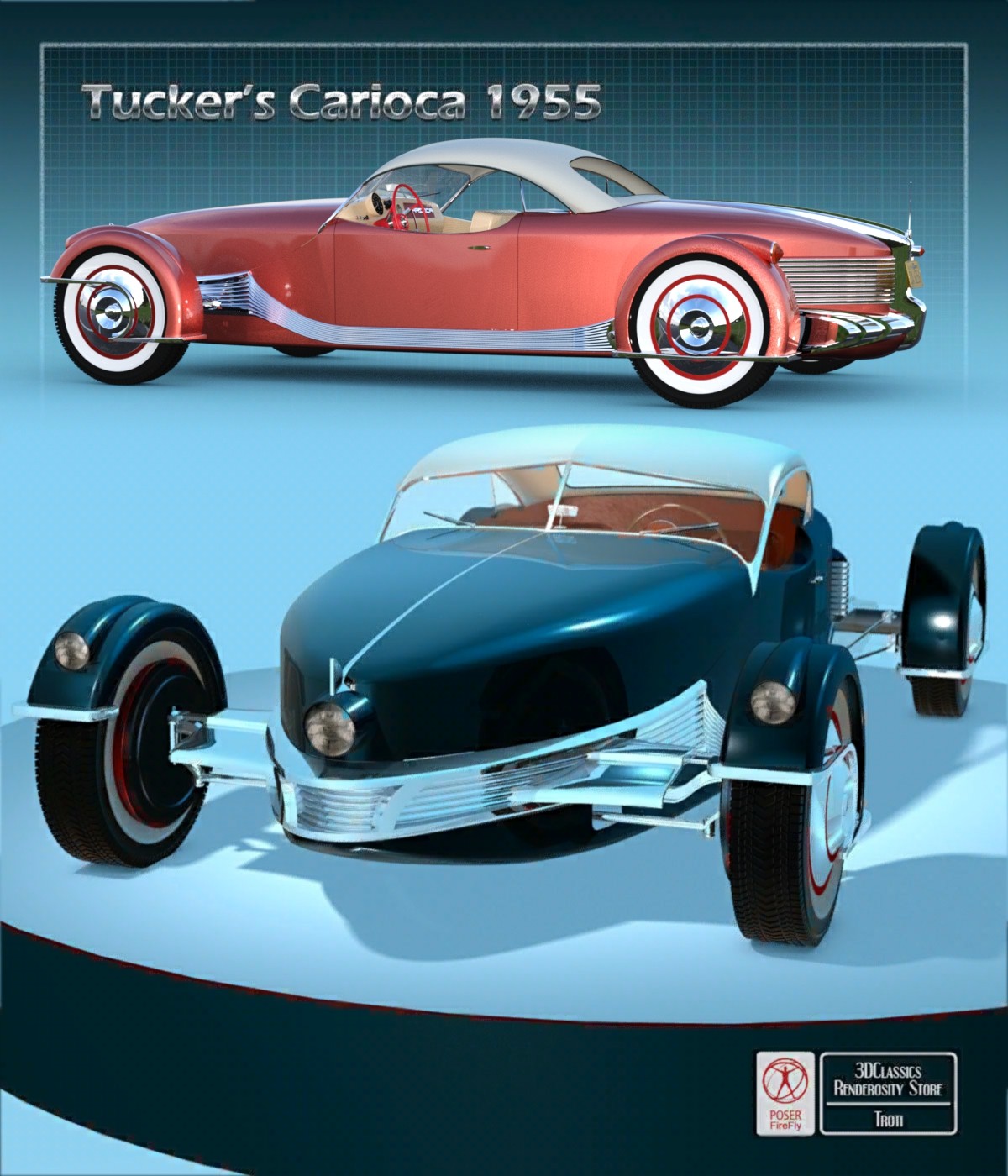 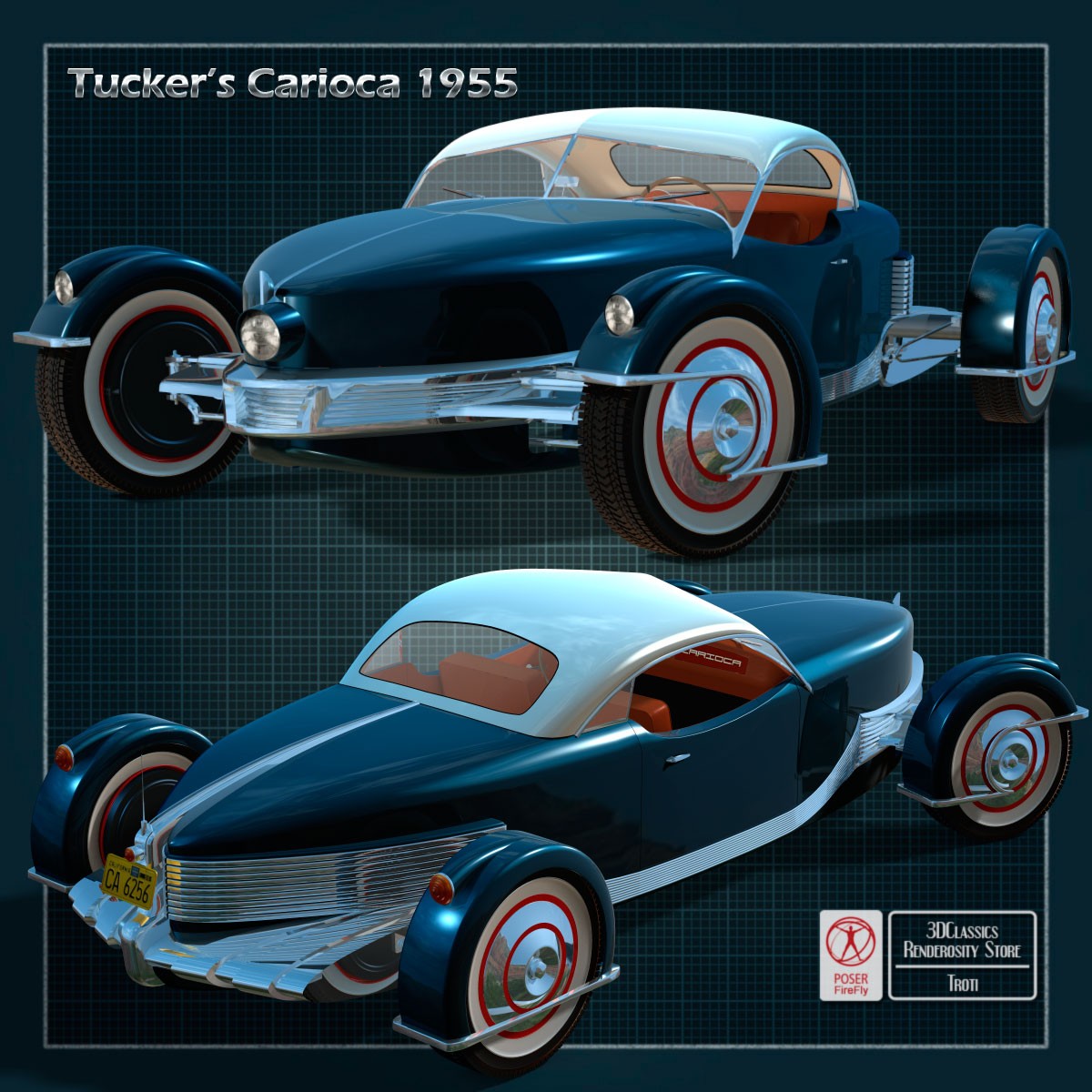 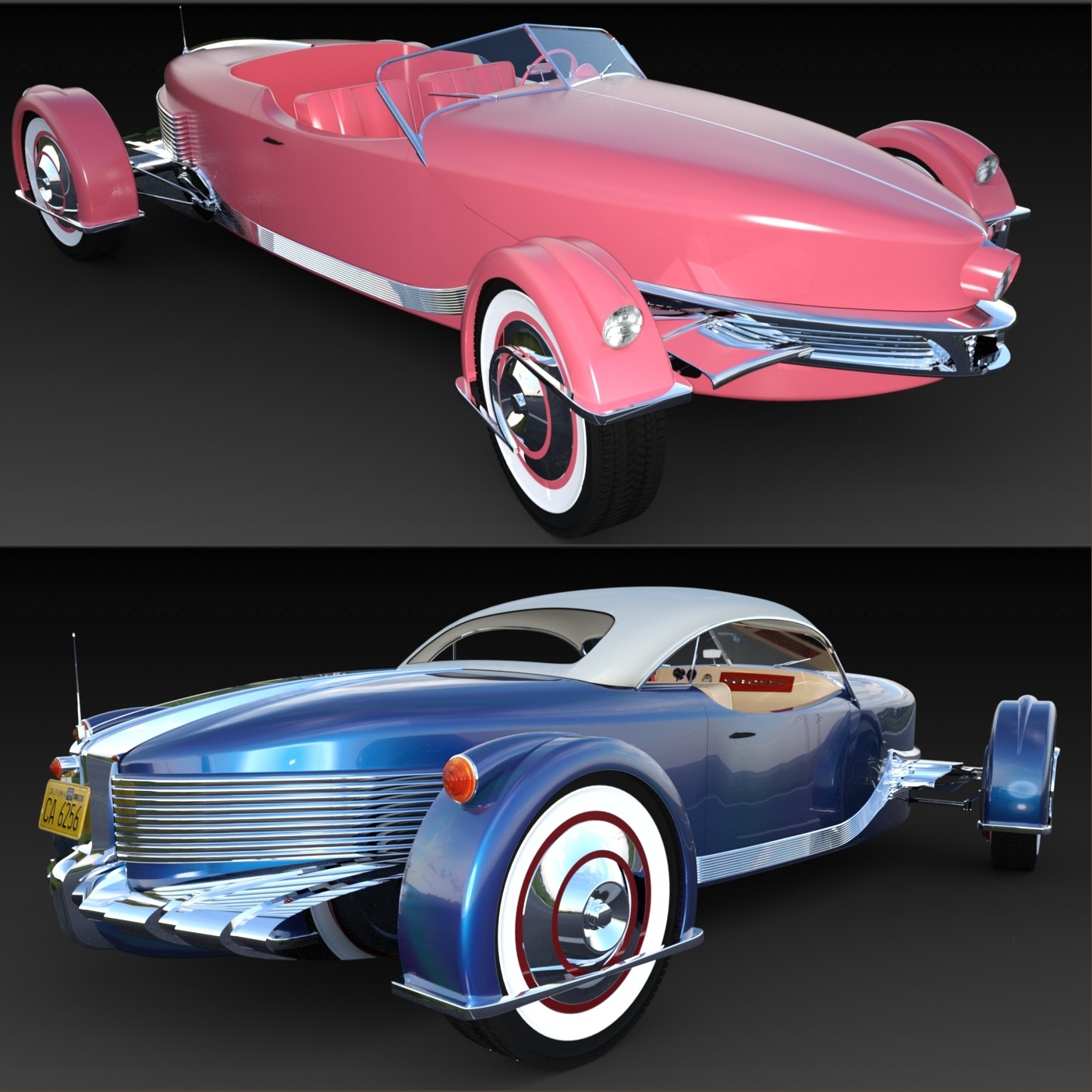 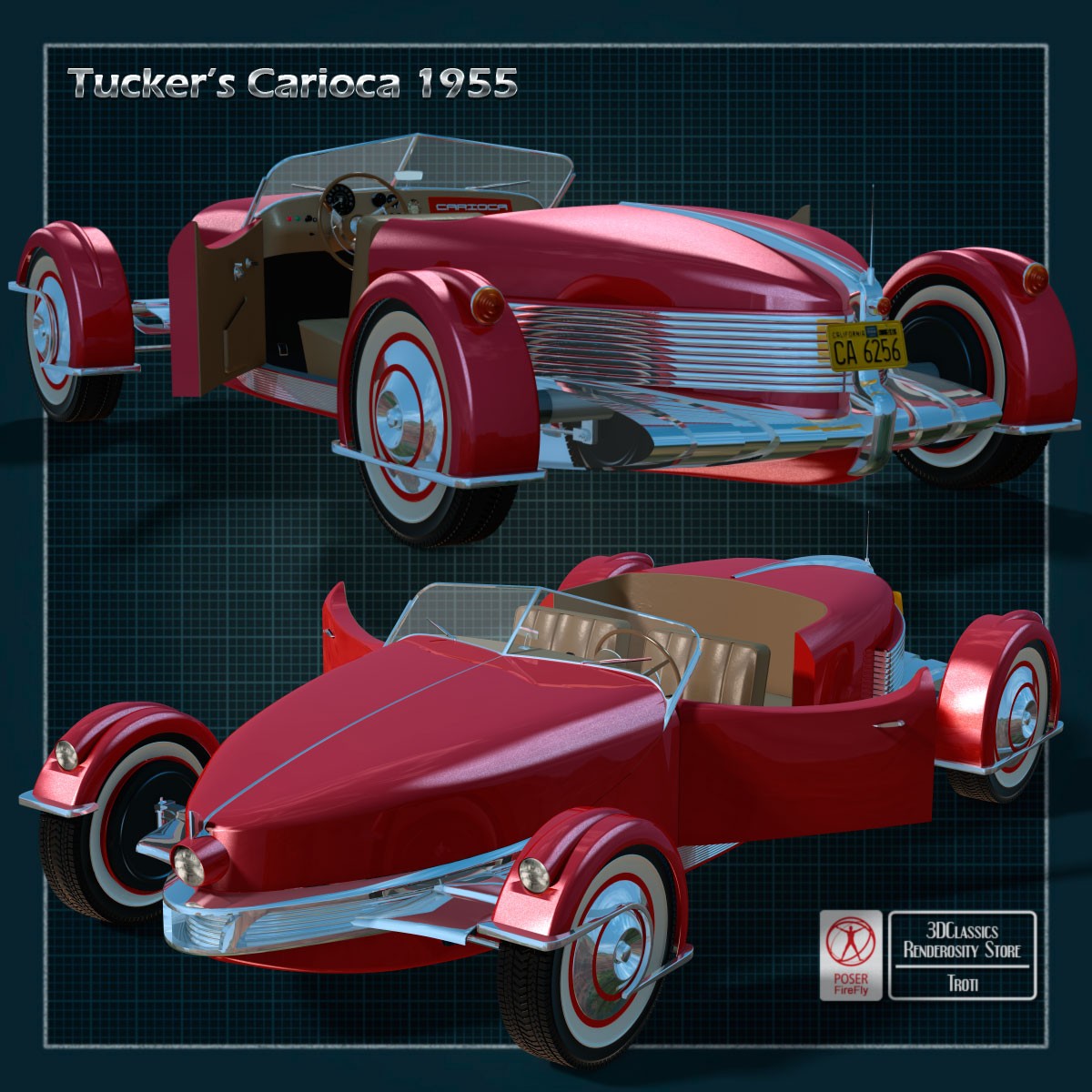 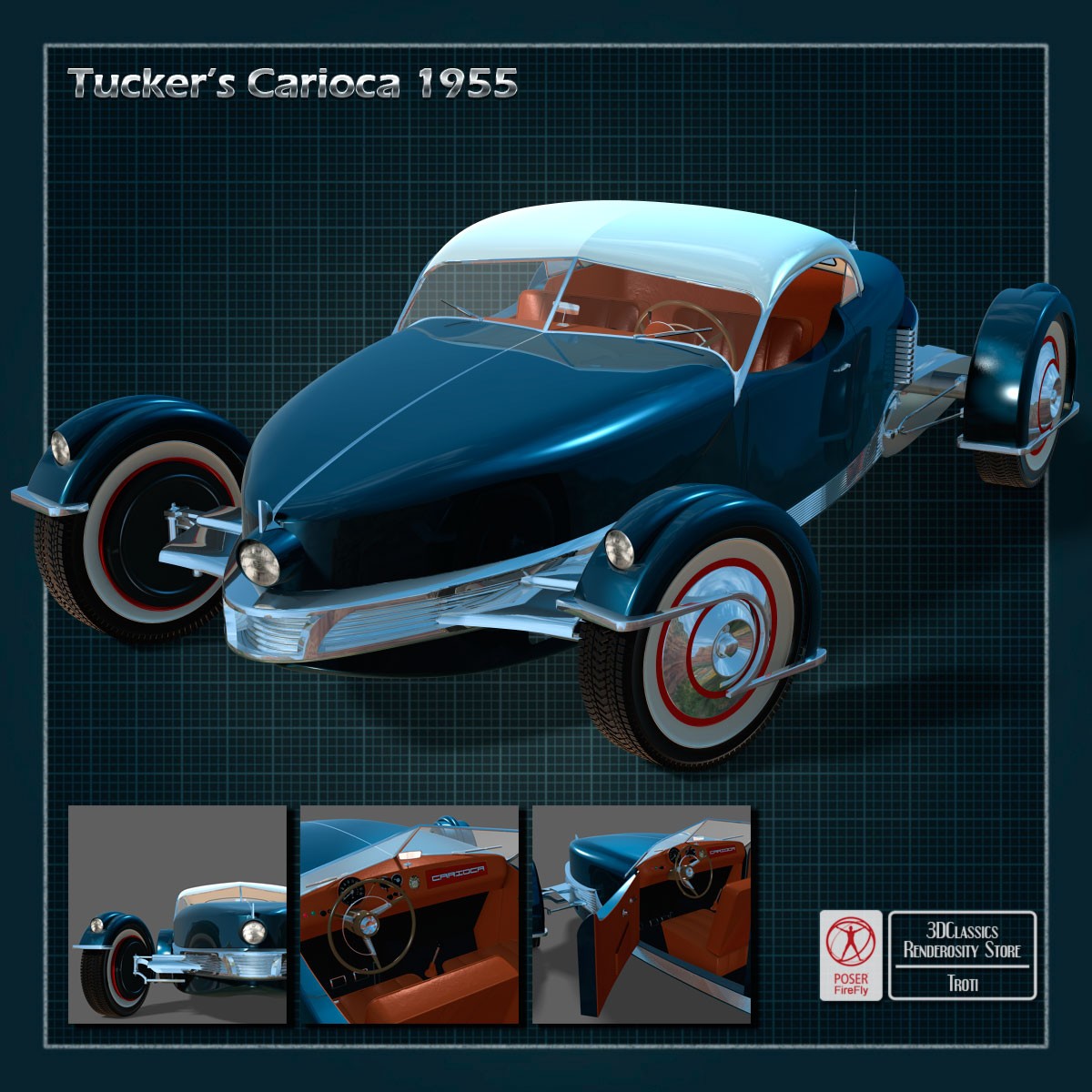 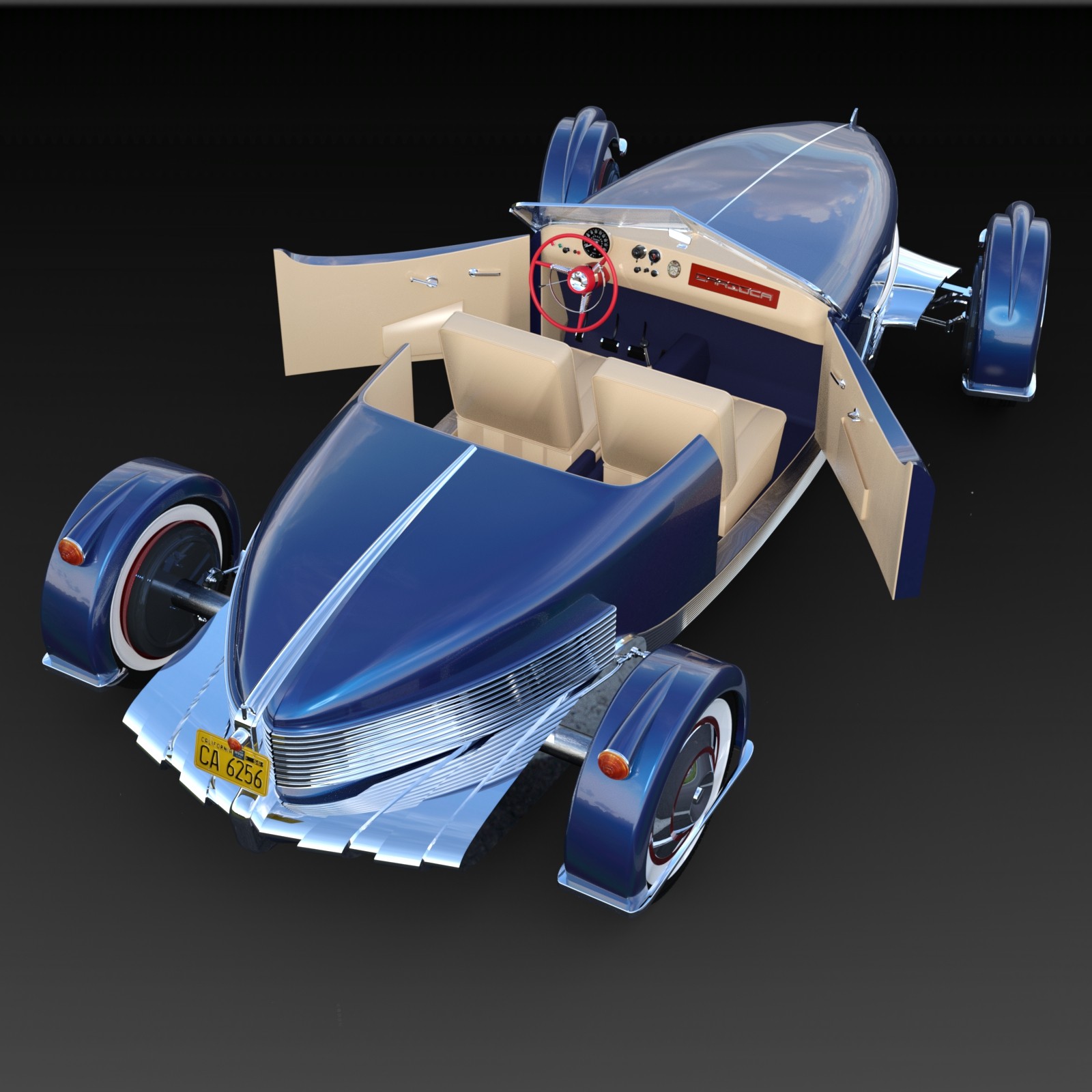 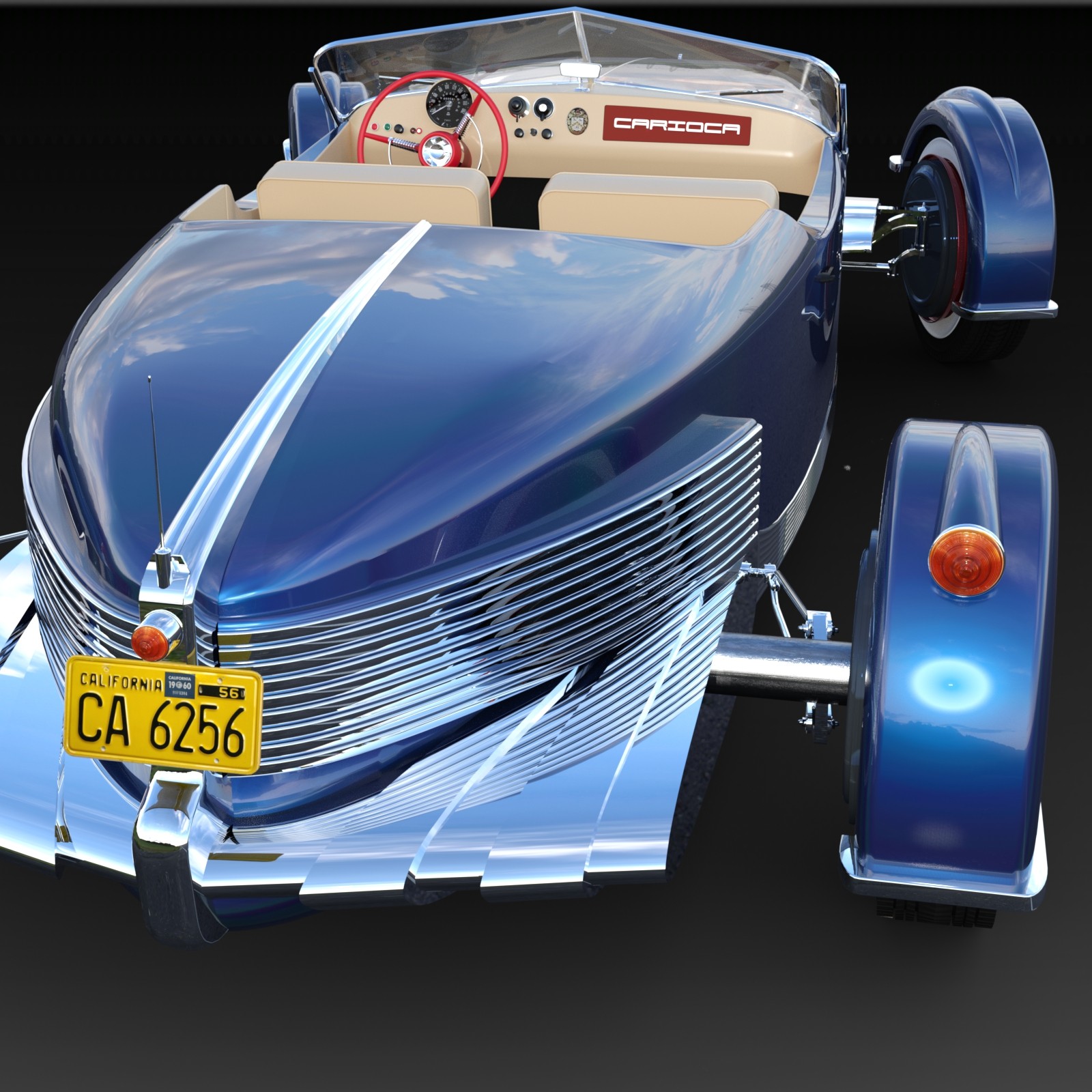 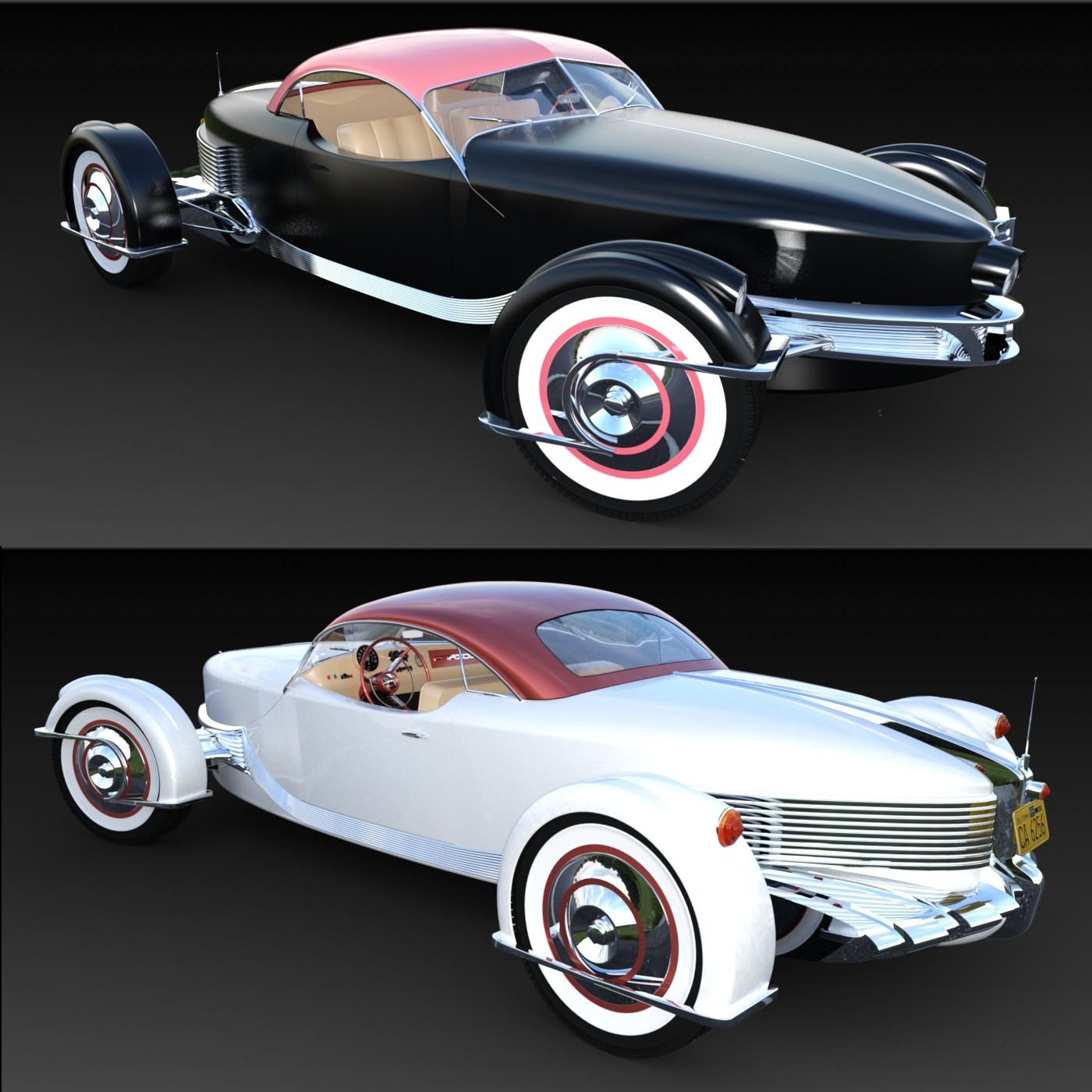 In 1955, six years after his acquittal by a federal court, Preston Tucker was back in the news again with a new car, the Tucker Carioca.
The Carioca was designed by Alexis de Sakhnoffsky. Preston approached Alexis about helping him to put Tucker number two down on paper.
Being broke, bitter and hounded by creditors, Preston planned the Carioca to be his solution for his dream of mass-producing a car.
Preston wanted to build cars that were fun to drive. His conception of a fun car was a sporty looking vehicle of intriguing design, whose performance was sparkling, and which could be sold at a profit for $1,000.
The Tucker Carioca was to be sold in kit form.Alexis de Sakhnoffsky's first meeting with Preston Tucker took place in 1952 at Preston's machine shop in Ypsilanti, Michigan.
Preston had managed to salvage his machine shop after his first automotive venture. At the meeting, Preston presented the basic ideas of his new concept.
The Carioca was planned to utilize a maximum number of available parts, and a minimum of parts that had to be built from new tooling.
The Carioca should also be a car that could be put together with little difficulty.
Aware of the pitfalls, but fascinated by the thought of becoming associated with such an incredible man as Preston Tucker, Alexis agreed to submit ideas for the design of Tucker number two.
Preston claimed that research had proved that from 10 to 12 pounds of accumulated mud, gravel and tar are carried at times under each of the four fenders of a conventionally designed car.
Preston's solution to this problem was to fit his next car with cycle fenders that could be removed easily for cleaning, and thereby abet the road performance of the car.
The front fenders were also equipped with headlights that would turn with the wheels as the car was steered.
The car was also designed with a stationary headlight in the center, this had become a trademark of a Tucker Automobile.

The Carioca was designed to be a rear engine car.
Preston believed that a rear engine car offered several advantages, such as less noise, the front end could have a slim and streamlined shape, and there would be added safety for passengers in case of a front-end collision.

The instrument panel of the Carioca was supposed to be really simple. It should contain an oversized speedometer surrounded by four blinkers, one for fuel, one for oil, one for temperature, and one for amperes.
The pointed tail of the eventual design for the Carioca had been advised by racing car designer Harry Miller that Preston had worked with earlier in his career.

The greatest deterrent to producing the car was the cost of body and sheet-metal dies. Some die work, like the hood and rear-engine cover, had to be considered.
But for constructing doors, and other components involving simple one-way stretch or rolled operations, Preston received an enthusiastic response from a number of house-trailer builders.
Those composite assemblies should be shipped directly to the buyer along with the rest of the parts for the kit car.
Preston knew that throughout the country there were a lot of garage owners who were eager to obtain a Big Three franchise, but was unable to, for one reason or another.
Preston hoped to tap this reservoir of frustrated car dealers, and also provide the future Tucker owner with a service outlet.
The customer would be urged to have his car assembled by a specially authorized garage owner for a prearranged fee of $60.
Hearing about Preston's plans to build the new Tucker, the president of Brazil, and Preston's friend Juscelino Kubitschek offered indictments in the form of tax-free plants if the car could be assembled in Brazil.
Preston made several trips to Brazil and even considered launching the car in South America. Because of this possibility, Preston and Alexis agreed to call the car the Tucker Carioca.
Carioca was the name of a ballroom version of the samba and also the name applied to a citizen of Rio de Janeiro.

Tucker's travels to Brazil were plagued by fatigue and, upon his return to the United States, he was diagnosed with lung cancer.
Tucker died from pneumonia as a complication of lung cancer on December 26, 1956, at the age of 53. Tucker is buried at Michigan Memorial Park in Flat Rock, Michigan.

INSTALLATION INSTRUCTIONS:
Check that you have the total control on your Poser program.

THE CARIOCA IS LOCATED IN CHARACTERS/3DClassics

To move the whole CAR, select CAR
The car is given with the hard top visible but you can hide it.

1 TEMPLATE IS GIVEN IN A SEPARATE FOLDER so that you can change the back registration.