IK Manager for Poser 12 Back to All 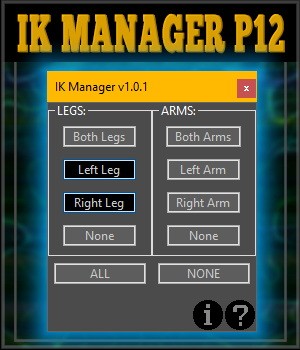 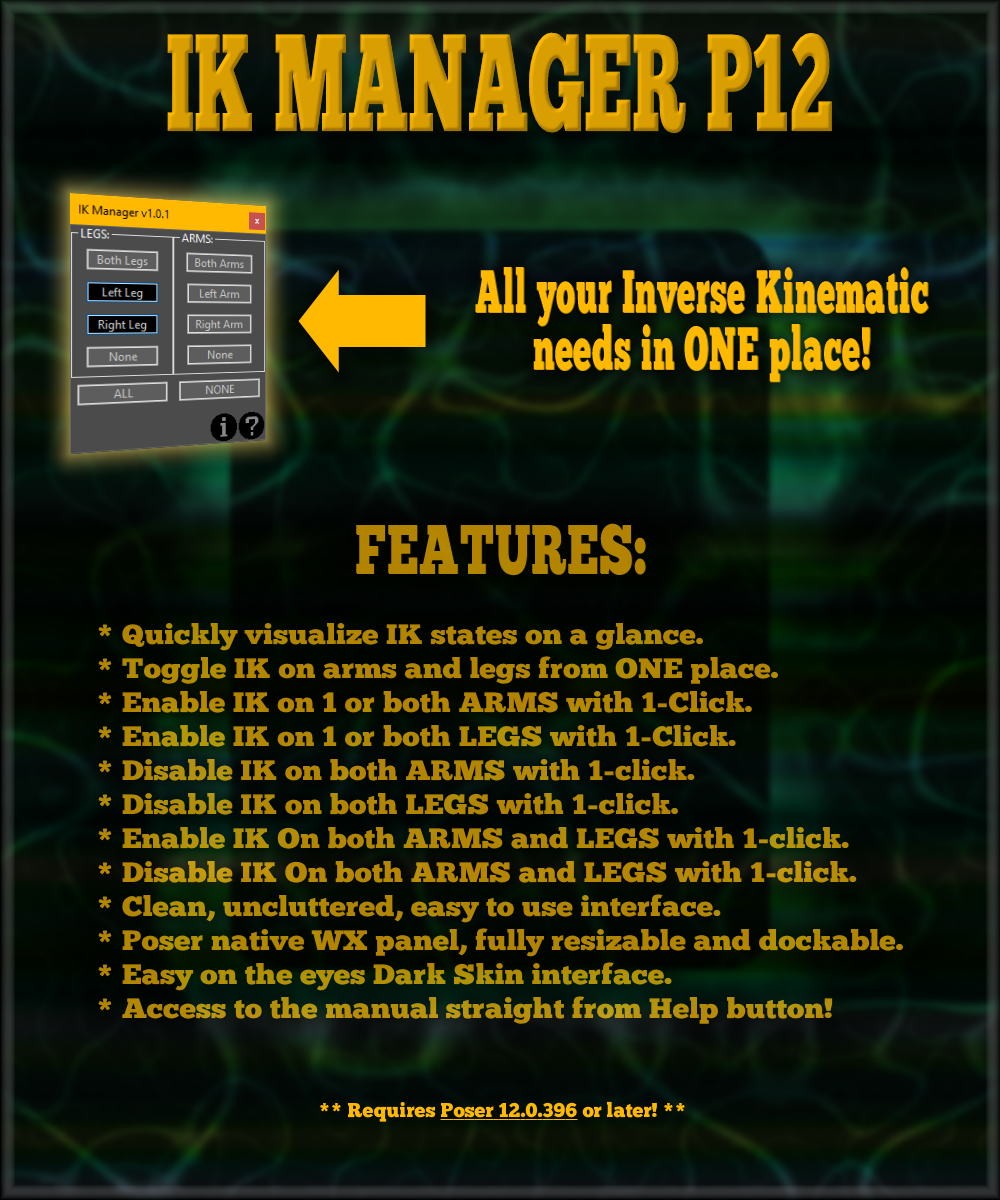 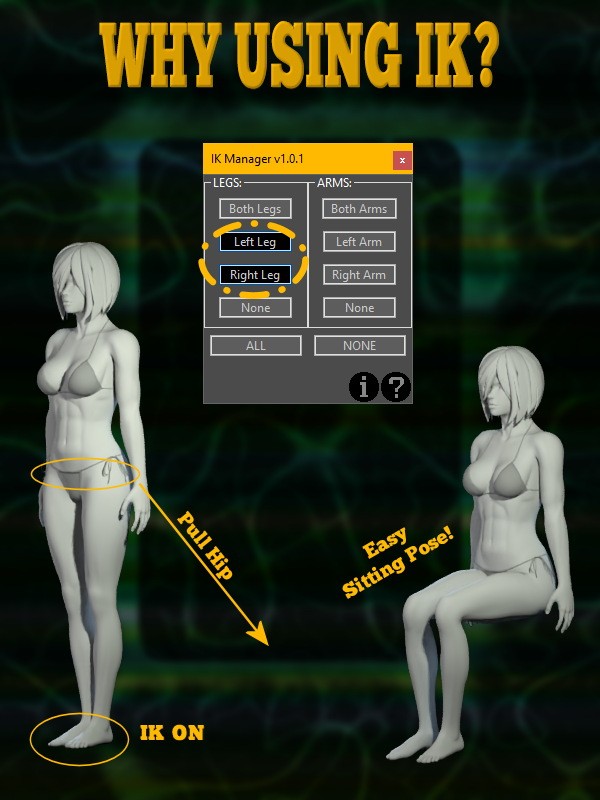 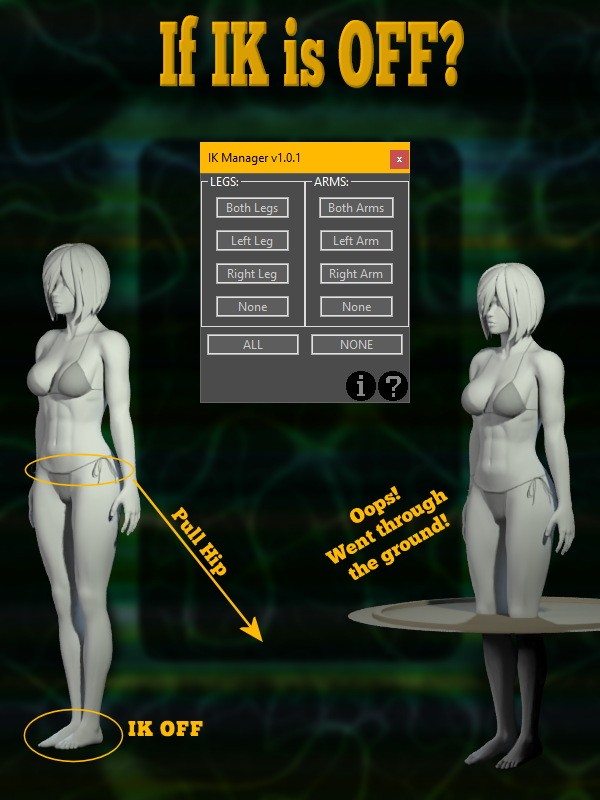 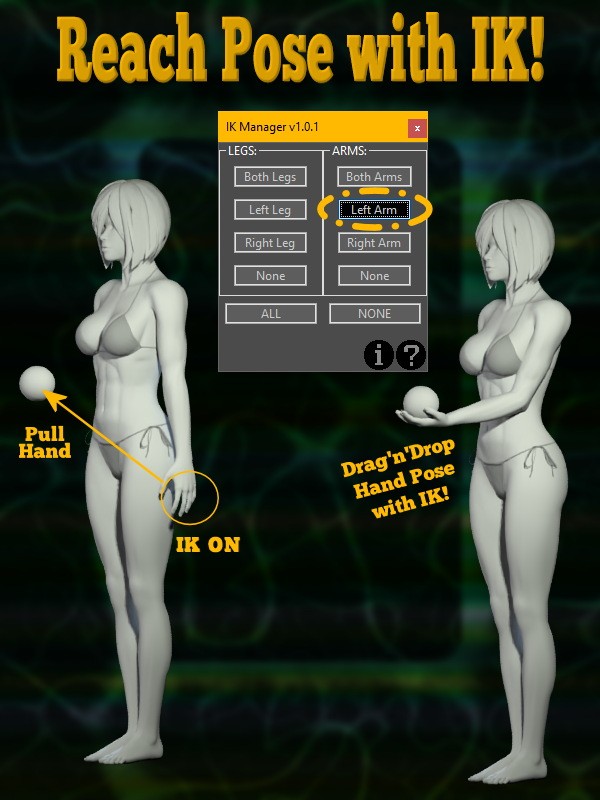 Ever wanted to use more IK, but found it cumbersome, and hard to reach in Poser? The IK Manager P12 brings all your Inverse Kinematic needs to one single, easy to reach panel. Now you can quickly enable/disable IK on the hands and feet, and also have visual cues to what IK chains are enabled.

* Clear, easy to understand interface with dedicated IK buttons.
* Quick access to hands and feet IK chains from a single panel.
* Instant visual cues to the hands and feet IK chain states.
* Toggle IK on each hand or foot in any combination with toggle buttons.
* 1-click automations to toggle IK on both hands, both feet, everything, or nothing.
* PDF Manual with instructions and best practices.
* Help button to quickly access the PDF manual straight from the tool's interface.
* Native Poser WX interface that can be positioned, resized, and docked into Poser.
* Smart interface - remembers it's last position, size and docking state from the previous session.
* Easy on the eyes Dark Theme interface that matches Poser.
* Supports Poser hands and feet IK chains that follow Poser standard naming conventions.