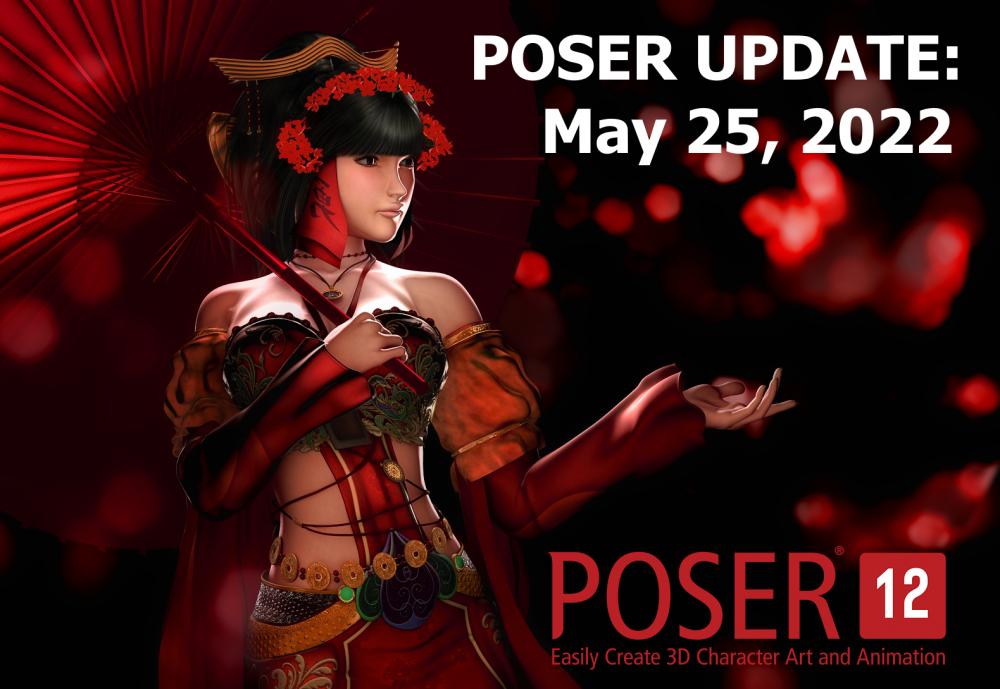 While the team did take a break over the winter holidays, work on Poser has since continued with updates to underlying libraries, improved Python build processes and a series of software improvements that have been released to the beta testing team.

On the Mac front, updates to the wxWidgets and wxPython libraries have enabled a long overdue update to the latest graphics APIs.

These updates along with new features such as enhanced support for material layers, research on CyclesX/Embree and research into new Post FX functions based on bgfx are in the pipeline.

One area that has not progressed as intended is native support of unimesh figures inside Poser.  Simply stated, this is a daunting task that touches almost every aspect of of the Poser code base.  Our resolve to move forward on this front is directly related to the recent job postings seeking to add capacity to the Poser dev team.

We hope to announce another public release of Poser in mid-summer 2022.